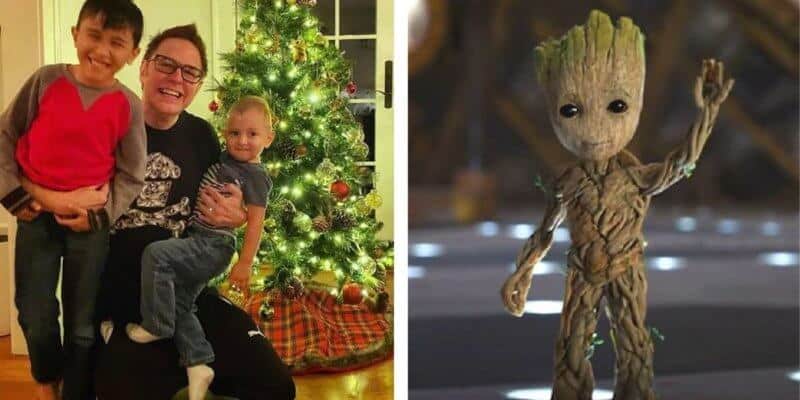 Now that Thanksgiving has come and gone, it is officially the holiday season! It’s time to break out the garland, the lights, and of course, the Christmas Tree!

And that’s exactly what Guardians of the Galaxy director, James Gunn, did over the weekend. Gunn is spreading the holiday cheer as he recently shared a photo of his Christmas tree to his Instagram stories.

As you can see, Gunn still has Marvel in his heart as Groot sits on top of the tree as the star and an adorable Rocket Raccoon ornament hangs from the branches.

Jennifer Holland, who is James Gunn‘s long term girlfriend, also shared adorable photos of the family decorating the tree to her Instagram page.

While Guardians of the Galaxy Vol. 3 is currently not on Marvel’s Phase Four line-up, the highly anticipated film is expected to happen at some point in the future with Gunn returning to direct.

He is currently working on the new The Suicide Squad film, which will star Margot Robbie as Harley Quinn, Viola Davis as Amanda Waller, Joel Kinnaman as Rick Flag and Jai Courtney as Captain Boomerang.

The Suicide Squad will hit theaters on August 6, 2021.

How cute is James Gunn’s Guardians of the Galaxy themed Christmas Tree?