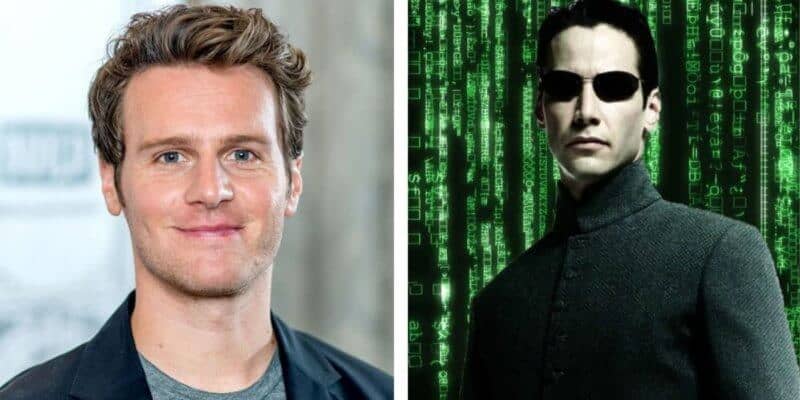 Jonathan Groff, who voices our beloved Kristoff in Frozen and Frozen 2, has now joined the cast of a Matrix 4.

Groff will be joining Keanu Reeves and Carrie-Anne Moss as they will reprise their roles as Neo and Trinity. Groff also joins the star who plays Aquaman’s villain, Yahya Abdul-Mateen II as he will be joining the movie franchise as well as the one and only, Neil Patrick Harris.

Matrix 4 will also star the lovely Jada Pinkett Smith as she will return as Niobe.

Though we aren’t sure what Groff’s role will consist of quite yet, fans are hoping to see him as an agent as he would play the part well considering his character on the Netflix series, Mindhunter.

Aleksandar Hemon and David Mitchell co-wrote the script alongside Lana Wachowski, who is also returning to direct the film.

The Matrix, The Matrix Reloaded, and The Matrix Revolutions all collectively grossed over $1.6 billion at the box office globally and the fourth installment is expected to do just as well, if not better, than the others. All three of the Matrix films were written and directed by Wachowski and her sister, Lilly, and starred both Reeves and Moss.

Wachowski is committed to bringing a more diverse, inclusive cast to the film and she is doing an excellent job thus far as Groff will be the second openly gay actor to join Matrix 4, following Neil Patrick Harris.

Some of Jonathan Groff‘s most known roles include Agent Holden Ford on the Netflix series, Mindhunter as well as providing the voice for Kristoff in the Frozen franchise.

He also played the starring role in the indie movie C.O.G. and as had the opportunity to work alongside Clint Eastwood and Robert Redford on American Sniper and The Conspirator.

Groff also played Jesse St. James on Fox’s Glee before he went on to star in HBO’s Looking.

Production for Matrix 4 is expected to begin early next year.

Are you excited to see Jonathan Groff join the cast of Matrix 4? Let us know in the comments.