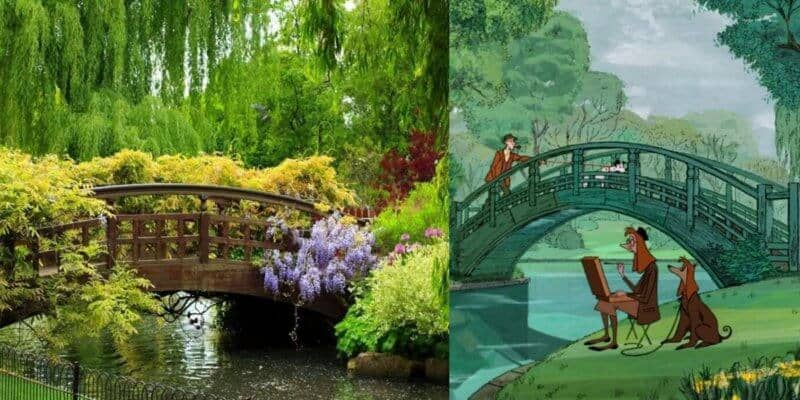 Walt Disney World, Disneyland, and Walt Disney Studios tend to grab inspiration from real life locations to create their masterpieces and bring the magic to their guests and fans. Take a look at some of the real world Europe locations that have had inspiration on Disney Parks as well as Disney animated films.

If you are a fan of the amazing and talented rat Remy, and always dreamed of dining at Gusteau’s restaurant, now is your chance! Tour d’Argent is the fine restaurant that inspired the look and feel for Gusteau’s, though it is a bit on the pricey side. An average entrée served at Tour d’Argent start at 87€ (That equals to about $98 USD)!

Riquewihr, France (Beauty and the Beast)

The French architecture and atmosphere is truly like no other and that is portrayed through Disney’s animated movie Beauty and the Beast. The quant provincial town that Princess Belle and her father live in was actually based off of a real life town called Riquewihr, which is where Disney took inspiration from when creating the film.

The Regent’s Park, England (One Hundred and One Dalmatians)

This next real life location served inspiration for one of Disney’s earlier animated films One Hundred and One Dalmatians. The famous park where Roger and Anita (and Pongo and Perdita) met in the film was inspired by The Regent’s Park! This is such a beautiful location to visit and makes a great backdrop for the perfect picture.

This one is pretty obvious as it’s no secret that Big Ben makes an appearance in Disney’s animated movie, Peter Pan. But I had to include it as the iconic clock tower is absolutely stunning and worth a visit in person.

The planet of Ach-To actually took inspiration from a real island in Ireland. If you are traveling to Ireland, you can actually visit Skellig Michael, which is filled with beautiful scenery and once in a lifetime photo opportunities!

The famous and classic attraction, Matterhorn, in Disneyland, California was actually inspired by the actual Matterhorn Mountain, located in the Swiss Alps. If you are feeling adventurous then you can even climb up this mountain when you visit in person.

This is another somewhat obvious one, but the iconic Temple of Olympian Zeus is featured in the Disney animated classic Hercules, along with some other Greek architecture and art.

These are only a select few of the several real world locations that have inspired both Walt Disney World and Disneyland as well as famous scenes in Disney animated classics.

Which of these real world locations would you like to visit in person?