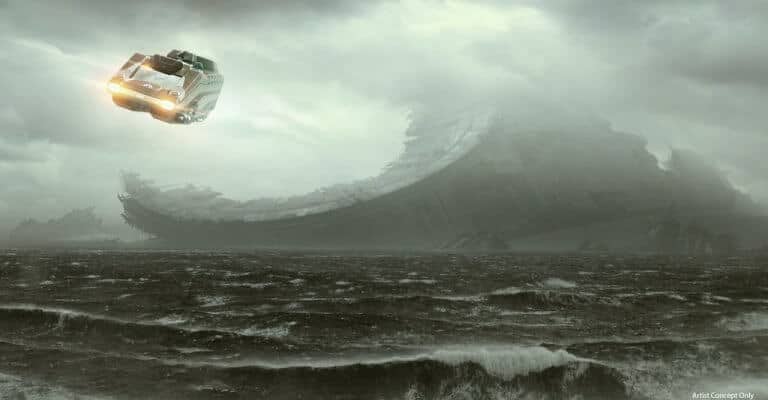 Heads up, intergalactic travelers! Disney’s Star Tours — The Adventures Continue is getting some updates of epic proportions.

In case you’re unfamiliar with the attraction, here’s how Star Tours — The Adventures Continue is described on the official Disneyland website:

Visit a Galaxy Far, Far Away
After a series of mishaps unwittingly causes your Starspeeder to launch, tour guide C-3PO takes the controls. Suddenly, the ship is intercepted by menacing Imperial—or First Order—forces.
To avoid capture, you’ll embark on a thrilling, unpredictable flight that rockets you to the farthest reaches of the galaxy.
Come face-to-face with beloved Star Wars characters like Princess Leia, Kylo Ren, Poe Dameron, BB-8 and others as you voyage to distant worlds like Naboo and Crait made famous in the films.
This attraction immerses you in the Star Wars mythology for an unforgettable galactic adventure!

The Star Tours attraction at four different Disney theme parks worldwide is getting updated to include characters and locations from the upcoming Star Wars: The Rise of Skywalker film, the final installment in the Skywalker Saga.

Here’s how Disney describes the update:

Passengers who board the Starspeeder 1000 never know where in the galaxy their pilot C-3PO and navigator R2-D2 will take them. We’ve added flights to Jakku, Crait and even Batuu! Along the way, we’ve encountered many of our favorite characters from the Skywalker saga.

These new updates are coming to Star Tours — The adventures Continue attractions at Disneyland Resort, Walt Disney World Resort, Disneyland Paris, and Tokyo Disney Resort all on the same day: December 20, when Star Wars: The Rise of Skywalker hits theaters.

Disney also hinted at something pretty exciting for Star Wars fans. In the trailers for The Rise of Skywalker, viewers were able to catch glimpses of Kef Bir, the ocean moon. While Starspeeders will be taking guests to that very same moon soon, beginning on December 20. It’s safe to say that Star Tours is taking Disney Parks guests to locations we’ve never seen before. How awesome is that?

Here’s the concept art for the new Star Tours scenes that Disney shared:

In case you missed it, you can watch the full final trailer for Star Wars: The Rise of Skywalker below.

What do you think of the updates coming soon to Star Tours — The Adventures Continue at Disney Parks? Let us know in the comments!

Comments Off on Disney adds “Star Wars: The Rise of Skywalker” to Star Tours attraction