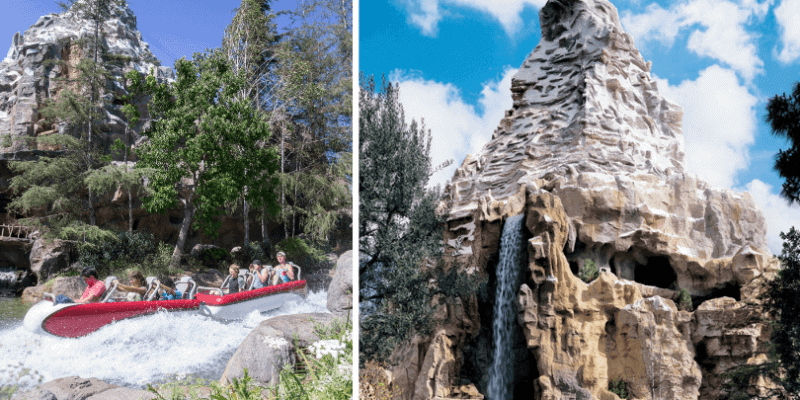 A large portion of the Matterhorn Bobsleds mountainside (reportedly the size of a bedroom door) broke loose early Thursday morning, forcing the attraction to partially close.

OC Register reports that early Thursday morning before Disneyland park opened for the day, a large chunk of plaster rockwork broke off from the mountainside façade of the Matterhorn Bobsleds attraction, leading Cast Members to close one side of the attraction. The attraction typically operates with two consecutive tracks, so one of the coaster’s tracks and vehicles was able to operate smoothly on Thursday even though the other closed for maintenance.

“During overnight maintenance, a portion of decorative rockwork was found to be in need of repair, which we are working quickly to make,” Disneyland officials stated.

Because the fallen rockwork was found by Disneyland employees who were working the graveyard shift at the time and it occurred long after park closing, no theme park guests or employees were injured. The damaged plaster also did not fall on the attraction’s track, so the repairs are more cosmetic than mechanical.

The attraction, located in Fantasyland in Disneyland, was one of the original attractions from the first decade of Disneyland’s opening when Walt Disney was still alive. It originally opened in 1959, just four years after Disneyland’s opening, and has since delighted guests with thrills and excitement as one of the most iconic Fantasyland sights and attractions. Since the attraction is unique to Disneyland in California, we’re happy that Disney is dedicated to preserving its magic, even if repairs like the one needed this week have to occur every so often.

Disney hasn’t announced when both tracks of the Matterhorn Bobsleds attraction will be up and running again, but we home we won’t have to wait too long before guests get to enjoy the ride to the fullest.

Have you ever experienced Disneyland’s Matterhorn Bobsleds? Let us know in the comments!