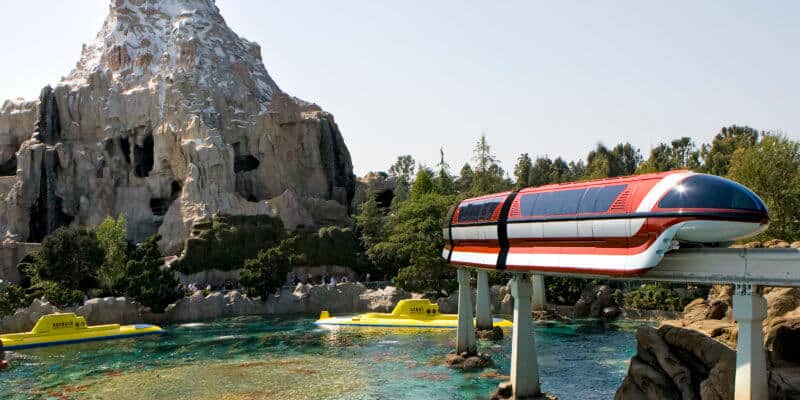 Another earthquake hit southern California on Friday, this one an even higher magnitude than the last. The earthquake, with a magnitude of 7.1, was centered just 11 miles from Ridgecrest, CA in Kern County. Although it occurred over 170 miles from Anaheim, guests of Disneyland were still able to feel the earthquake, and many Disneyland attractions were shut down temporarily for seismic inspection for the second day in a row.

All rides at Disneyland closed right now for inspection because of recent earthquake. I just heard someone say possibly 2 hours closed – could be more. pic.twitter.com/50a6qfxsgL

Two earthquakes in two days wow. This time Im at #Disneyland and caught it on video! I was sitting on the ground so I noticed right away. #EarthquakeLA pic.twitter.com/nnNwEW3RRU

Earthquake here at Disneyland while having dinner at the Plaza Inn. pic.twitter.com/ALRJq3h4xJ

Southern California was hit with the largest earthquake in decades, prompting several attractions at Disneyland Resort to temporarily close for inspection.

According to the LA Times, the 10:33 a.m. earthquake was recorded in Searles Valley, a remote area of Kern County about 100 miles from Los Angeles and 170 miles from Anaheim, the home of the Disneyland Resort. Despite being around a 3-hour drive from the earthquake’s center, Disneyland was among the southern California areas affected by the quake, so much so that it prompted several of the theme park’s attractions to temporarily close for seismic inspection.

Several (not all) attractions at Disneyland and Disney California Adventure are temporarily closed/offline due to the earthquake. Inspections normal after seismic activity. Expect impacted rides to reopen soon. pic.twitter.com/JZYRmzcy4a

Disneyland announced the attraction closures (which included the Matterhorn Bobsleds, Autopia, Indiana Jones Adventure, Pirates of the Caribbean, the Disneyland Monorail, and several others) via the Disneyland App, some of which you can see in screenshots below: 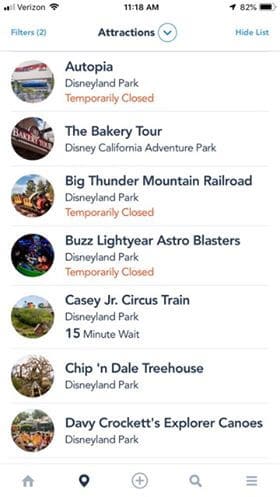 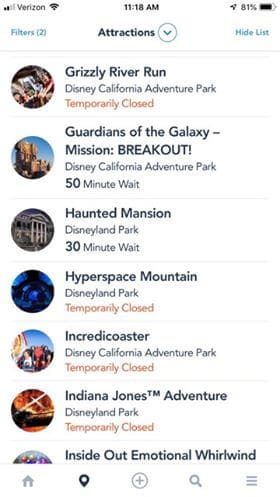 As it was felt in Los Angeles and the surrounding area, the earthquake was slow and steady and lasted around 30 seconds. This is the largest earthquake recorded in Southern California since the Northridge earthquake of 1994, which was recorded as a magnitude of 6.6, killed dozens of people, and caused billions of dollars in damage. So far, this earthquake has not caused nearly as much damage or injuries, according to Los Angeles officials. Los Angeles Times also reports that it is unlikely there will be significant damage in an urban area as a result of the earthquake given that it was centered in such a remote part of California and occurred around five miles underground.

Still, it can be pretty shocking to experience a southern California earthquake while visiting the Happiest Place on Earth. Here’s how some Disneyland fans reacted to the earthquake on Twitter:

WOAH HUGE EARTHQUAKE IN ANAHEIM! That was pretty intense and lasted a long time. If you are in Disneyland don’t be surprised if some attractions shut down for a bit! Our doors and hanging lights were shaking.

Wow an earthquake while I'm at Disneyland lol, almost all the rides are closed.

My Mom's first day in Disneyland in her whole life and California decides to to have a damn quake. #earthquake pic.twitter.com/vgG6f9Wheb

Were you at Disneyland today during the earthquake, or have you ever felt an earthquake while visiting a theme park? Let us know in the comments!