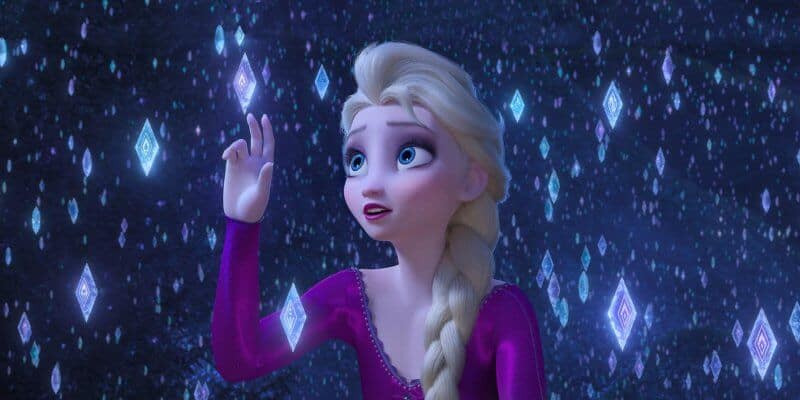 Frozen 2 is taking the box office by storm.

Walt Disney Animation’s Frozen 2 has officially topped the Black Friday box office with a total of $34 million and is currently heading for a Thanksgiving holiday record of $128 million or more.

Frozen 2, directed by Jennifer Lee and Chris Buck and starring Idina Menzel, Kristen Bell, Josh Gad, Jonathon Groff and others, has already destroyed records all around the world since it officially opened last weekend, but it looks like Frozen 2 isn’t stopping any time soon.

The Disney animated sequel earned a total of $127 Million on its opening day, which Variety has called “the strongest day-and-gate global animation debut in history.” (It was predicated to bring in over $100 million during opening weekend.)

And, before Frozen 2 even hit theaters, it broke records on movie ticket sales site. In its first day of advanced ticket sales, the sequel sold more tickets than any other animated feature through both Atom Tickets and Fandango.

On Thanksgiving Day alone, Frozen 2 grossed $14.718 million and has officially earned $202 million in its first week in theaters, which passed Tangled, which earned $200 million domestically.

The highly anticipated sequel is presumed to maintain these record breaking sales and is estimated to have around $556 million worldwide. This means that it pretty much is already Walt Disney Animation’s largest-grossing theatrical sequel.

It is more uncommon for Walt Disney Animation to make theatrical sequels, unlike Pixar, Illumination or DreamWorks, which are more known for their sequels.

Regardless, this is most likely only the beginning of the highly anticipated sequel, and we can’t wait to see what other records it will break!

Have you seen Frozen 2 yet? What did you think? Let us know in the comments.