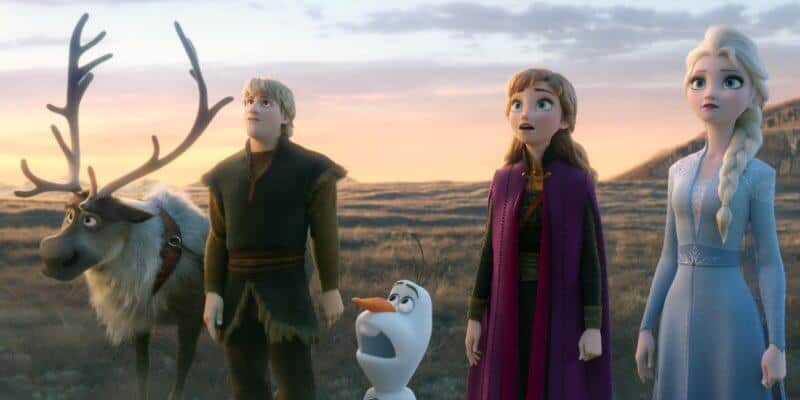 The highly anticipated sequel, Frozen 2, flew into theaters this weekend and it is already blowing fans away.

Frozen 2 opened up in U.S. theaters on Friday, November 22 and it is not only breaking records, but it is already claiming the title of “best film in 2019” by fans everywhere.

It didn’t take long before fans took to Twitter to embrace how they feel about the sequel. One user wrote “No, I won’t shut up about #Frozen2. In fact, I’m seeing it again in a few days.”

No I won't shut up about #Frozen2
In fact, I'm seeing it again in a few days pic.twitter.com/NbGtxhtuib

Another Twitter user claims that Frozen 2 is now her favorite Disney film and Elsa “had the best transformation”.

#Frozen2 is now OFFICIALLY MY NEW FAVORITE DISNEY MOVIE. Elsa had the best transformation ?. From a distant, shy and calculated girl, she became more open, let down her walls, not afraid to show her emotions anymore. Disney constantly raising the bar for us ??? pic.twitter.com/txL4EaH0G4

But these are far from the only tweets that showcase how much Disney fans really are loving the Disney sequel.

Frozen 2
One of the best films I have seen this year. pic.twitter.com/5hUjUfJw3D

FROZEN 2 ❄️? WORTH THE WATCH! BEST MOVIE SO FARRR ?? pic.twitter.com/DXNVdA6r8b

Omgggg Frozen 2 was so amaaaaazing!!! ??❄ So so excited to go again tomorrow yayyy! ?? Frozen means a lot to me as I relate to it a lot, and it's the same with the second movie! Omggg the show yourself scene ?? I cried, but in the best way possible ??? pic.twitter.com/xOn58sFWVy

I saw Frozen 2 Thursday night for the midnight showing, and without giving away any spoiler, I can agree with all of these tweets.

It was the perfect blend of sisterhood, a dark yet intriguing storyline, an amazing soundtrack, and beautiful graphics. I laughed. I cried. I left the movies filled with happiness and joy.

Frozen 2 follows the story of Elsa, Anna, and the rest of the Frozen gang on a remarkable journey as they embark into an ancient land and magical forest so they can find out where Elsa’s magical powers originated from.

Elsa is hearing a voice that seems to be calling her, so the Frozen gang must find where it is coming from and why it is calling out to her.

Have you seen Frozen 2 yet? Do you agree that it is the best film of 2019? Let us know what you think in the comments.