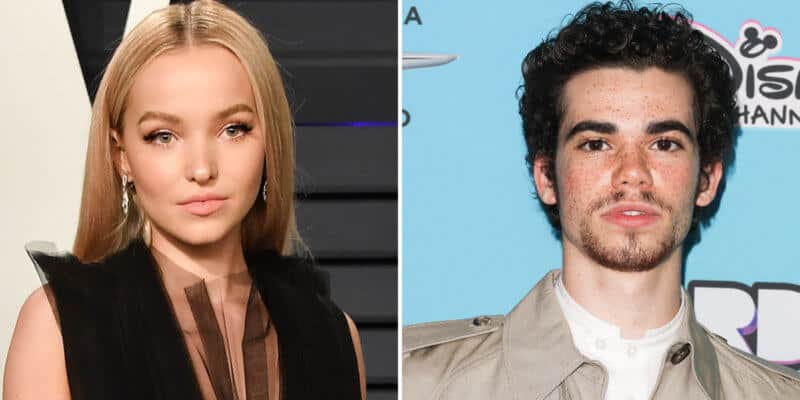 “Descendants 3” star Dove Cameron opens up about what it was like watching the Disney Channel Original Movie without Cameron Boyce, following the actor’s unexpected death in July from a seizure brought on by epilepsy.

“I watched it [Descendants 3] for the first time with my best friend, who’s not in the film, and was ruined,” revealed Cameron. The official premiere of the film was canceled and instead Disney dedicated its debut on television to Boyce and made a donation to the Thirst Project, one of Boyce’s favorite charities.

“In light of recent events and in light of it being the last one, and having no premiere, and things like that, my best friend was like, ‘You know, what we’re doing today? You’re going to put on all of your Descendants merch, we’re going to get out your crown, and we’re going to cry and make brownies. And we had a marathon, and I was wrecked. I wrote for ages and mourned the loss of it so much,” said Cameron.

While discussing her first screening of the film with Yahoo, the actress also spoke on her experience with Boyce’s death, which still hasn’t set in completely for the star, “It feels like Cameron is still here, when you watch it,” said Cameron

Cameron also spoke about her cast mates from the movie series, Booboo Stewart and Sofia Carson, who also faced the great loss of Cameron Boyce and how they’ve all been dealing with his death together. “We’ve all been around each other so much more recently than we usually are than when we’re not doing the films. I think it’s felt quite healthy, quite like, everything’s still kind of the same. It’s not. But if we can kind of feel like it is.”

In an interview with Seventeen magazine, Cameron discussed where she was the moment she heard the news of Boyce’s death. “When I heard about Cameron, I had just woken up early in a London hotel room to the sound of my phone ringing off the hook. I was nervous about why I could be getting so many texts and calls, so I only looked at my mother’s text. I knew she would be the gentlest, and the most concise, whatever it was.”

“It explained what had happened and I immediately phoned Booboo, who had already called me twice. We just sobbed without speaking. If there was a word stronger than devastated that could describe the depth of the pain that I was feeling, I would use it,” said Cameron.