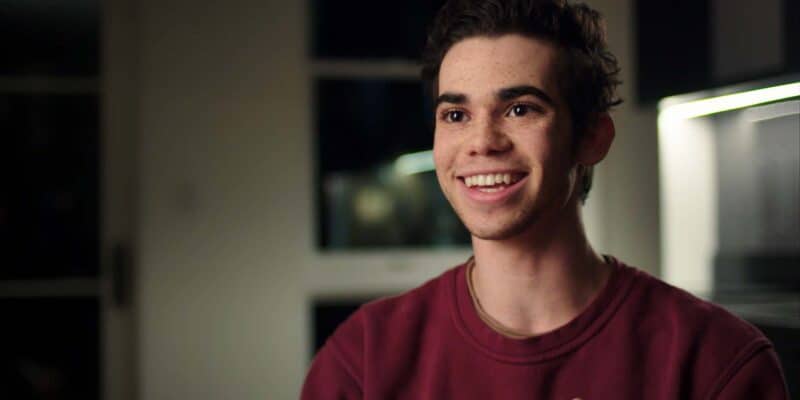 Cameron Boyce passed away in 2020 from epilepsy, just before Descendants 3 was released. Boyce was only 20 years young. Fans of Boyce can now see the late actor on the big screen one last time as his final film role in Runt officially premiered.

Runt was released to Video-On-Demand and digital platforms on October 19, 2021 and is the last role fans will get to see Cameron Boyce in.

“This film is very important in the climate we live in today,” said Cameron Boyce’s parents, Victor and Libby Boyce, told Deadline. “Cameron was incredibly proud of this film, and we believe his powerful performance will resonate deeply with all his fans throughout the world.”

The film is directed and co-written by William Coakley and, according to Deadline, “centers on a group of neglected and misguided high school seniors who are pulled into a downward cycle of violence when the adults in their lives fail them. Boyce portrays Cal, who after a troubling incident takes a stand, resulting in devastating consequences”.

“We are grateful to be working with 1091 Pictures, which understands the relevance and power of this story,” Runt‘s producers told Deadline. “We have also partnered with The Cameron Boyce Foundation and its Wielding Peace initiative to promote peace instead of violence and spread awareness of the consequences of gun violence. We are excited for audiences to see this powerful and thrilling picture.”

For those of you who are fans of Cameron Boyce, consider learning more about The Cameron Boyce Foundation, which was founded in July of 2019 to continue the legacy of the late actor. For more information on the foundation, visit the official website here.

Are you going to watch Runt? Let us know in the comments below.