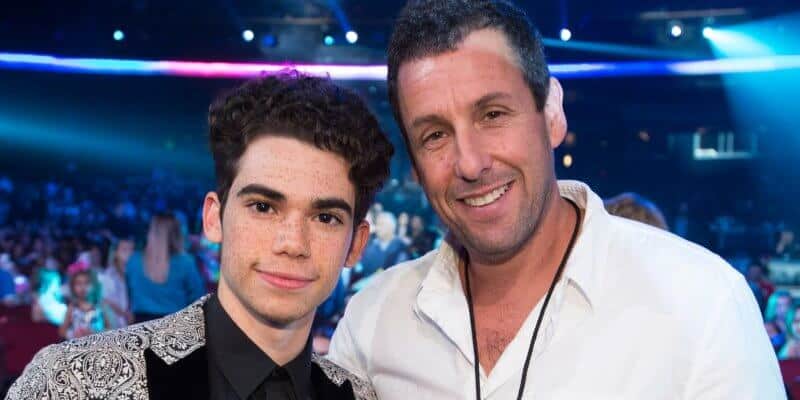 Actor Cameron Boyce passed away in 2019 from epilepsy, just before Descendants 3 was released. Boyce was only 20 years young.

In a statement to ABC News, Boyce’s parents wrote “It is with a profoundly heavy heart that we report that this morning we lost Cameron. He passed away in his sleep due to a seizure which was a result of an ongoing medical condition for which he was being treated.”

Fans and friends everywhere have been continuously sharing memories and tributes to the late Disney Channel actor, including Dove Cameron, Karan Brar, and the latest being Adam Sandler.

Just recently, Sandler made an appearance on The Tonight Show Starring Jimmy Fallon and during the segment, the actor shared a touching tribute to actor and Disney star Cameron Boyce, who he worked with on the Grown Ups films.

Fallon begins by discussing Sandler’s new film, Hubie Halloween, in which he then says, “To shift gears, you dedicate the movie to the late Cameron Boyce, who was supposed to be in Hubie Halloween but he sadly passed away before filming.”

Sandler responded with, “Yes just a few days before filming and yes that kid was a great kid — his family’s amazing.. I know him from Grown Ups, he was a little kid in Grown Ups and I watched him grow up and become like a superstar. My kids worshipped him.”

He then went on to tell a story about how Boyce came to his daughter’s bar mitzvah. “He came to my daughter’s bar mitzvah and he came and literally signed and I mean that bar mitzvah was gigantic, there were like 400 people there and massive amount of kids and he signed every kids autograph and everybody was freaking out over Cameron. He was just the nicest kid.”

“He always had charities going on and would speak to me about ‘Can you do this?’ and ‘Can you do that?’ and it was always for charity.”

Sandler then went on to tell a story about how the “chocolate wasted” line in Grown Ups came to be — which, surprisingly enough, was Boyce’s idea.

You can watch the entire clip here on Twitter:

We miss you, Cameron Boyce. Rest in Peace.

Comments Off on Adam Sandler Shares Tribute to Cameron Boyce, Calls Him a ‘Superstar’