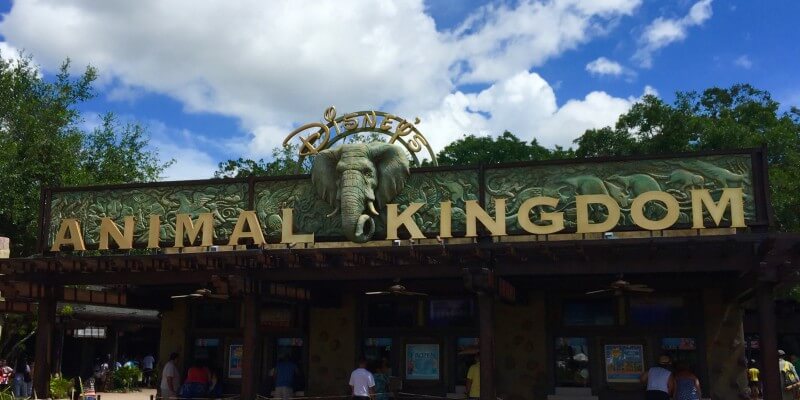 “What is your favorite Disney theme park?”

That is a question tossed asked to every self-outed Disniac, and is used to determine what kind of Disney fan you are, and–in some cases–to determine if you’ll fit into a group. But since the opening of Star Wars: Galaxy Edge at Disney’s Hollywood Studios, the complete revamp happening at EPCOT, and the addition of the TRON coaster at the Magic Kingdom, Walt Disney World guests might be looking to alter their rankings.

RELATED: Disney’s Animal Kingdom Was Supposed to Have Unicorns and Dragons

But it’s time, to be honest with ourselves and accept the fact that the best park at Walt Disney World is Disney’s Animal Kingdom. Here are three reasons why.

There is nowhere else in WDW or at any Orlando theme park that offers the level of immersion that you find at Disney’s Animal Kingdom. Each area of the park–minus Dino-Land U.S.A.–is precise down to the minute details, especially the queues.

Expedition Everest and Flight of Passage fully immerse guests into the world of that land. You see the Na’vi cave paintings, the Buddist tapestries of the Yeti. Imagineers designed this park so that guests have to go through the stand-by line in order to see everything in the land.

Disney’s Animal Kingdom is also able to combine their immersion with real conservation efforts with attractions like Kilimanjaro Safari, the Maharajah Jungle Trek, and the Gorilla Falls Exploration Trail.

But each land speaks in its own way to the power of nature and the need to respect it. They let Asia, Africa, and Pandora convey that message in their own unique ways, and we feel like we get that first-hand experience and empathy with these people. That is an immersive power you can’t find in any other theme park.

RELATED: Why Guests HAVE to Visit Animal Kingdom During the 50th Celebration

Flight of Passage, Expedition Everest, Kilimanjaro Safari, Khali River Rapids, Dinosaur — E-ticket heaven. Some of the most immersive and cutting-edge rides for their time. Kilimanjaro is the longest duration ride at WDW, and as you ride through an actual nature preserve, it is the closest experience you can get to an actual safari.

You can feel the banshee breathing between your legs on Flight of Passage. Dinosaur took a forgotten Disney movie and made it into one of the most iconic “Dark Rides” in Disney history. And there is nothing more ominous than the train whistle on Expedition Everest.

Each ride is a true adventure into the world of each land.

Just before you cross the bridge to Pandora, you will pass one of the most significant restaurants on property. Tiffin’s is a testament to the Imagineers like Joe Rohde who traveled to the far corners of the world to make Disney’s Animal Kingdom as authentic as possible.

RELATED: Review: Tiffins Restaurant at Animal Kingdom May Be the Most Spectacularly Daring Dining at Walt Disney World

Memorabilia from the expeditions decorate the entire setting. The menus are travel journals dressed with entries from the actual Imagineers, and the food is inspired by everywhere they went.

But the crown jewel is Tiffin’s Nomad Lounge. There is no better place in the park to come relax and have a drink. In your travel journal menu, you will see the bar’s concoctions sketched in among the notes from Imagineers, and they are ordered by country. All around you are ribbons with writing on them.

They are questions about your travel, like “Why do you travel?” and “What was your favorite food?” Donate $1 to conservation efforts and you can answer a question, share your story and have it hung alongside the answers from the Imagineers themselves.

The main point here is that Disney’s Animal Kingdom is the most uniform and most immersive and adventurous theme park not just in Walt Disney World, but arguably all of Orlando. You can walk to each exotic land, have your own little adventure, then retire to Tiffin’s, relive the Imagineers’ adventures, share your own, and maybe you will be inspired to leave the theme park world and embark on your own real expedition.

Agree or Disagree? Let us know which park you believe is best?