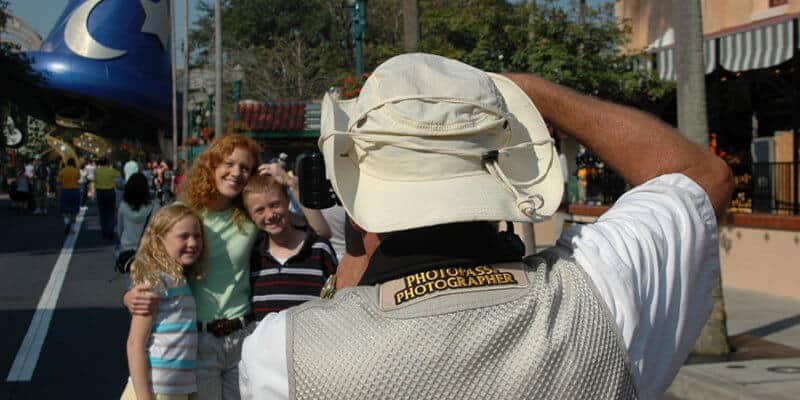 As we recently reported, PhotoPass photographers are starting to disappear throughout Walt Disney World as new automated photo boxes are popping up.

When the news first surfaced the internet, fans were outraged, and some even reached out to Walt Disney Guest Relations, but that didn’t seem to change their minds.

Just a couple of days ago, new automated photo boxes have appeared at the Mickey and Minnie meet and greet as well as Tinkerbell’s meet and greet in Magic Kingdom. We even heard about some showing up at Star Wars Launch Bay at Disney’s Hollywood Studios too and the Anna and Elsa meet and greet in Epcot.

After seeing how these photographs come out, fans are even more upset and outraged. It seems as if the photos aren’t centered, the photos aren’t zoomed in, and some even reported that not a single photo captured had the family posed and smiling.

I get why people are upset. The pictures from the automated photopass are garbage compared to the actual PhotoPass CMs. 5/7 of the pictures are of my daughter’s backside. And the Chewbacca/Kylo Ren pictures were just as bad. pic.twitter.com/6MKwuNLtMh

Since emailing and calling Disney guest relations didn’t seem to get their attention, Disney fans have now started a petition on change.org which quickly surfaced on the internet. Right now, the petition has almost 51,000 signatures, but the numbers are rapidly increasing.

I have personally signed this petition as new automated photo boxes break my heart. The Disney PhotoPass photographers are what helps bring the magic to Walt Disney World. They are trained with such a great eye that helps capture the memories and the laughs so families and friends can look back at the photos are remember that exact moment. I have thousands of photos that showcase laughter with my family, my friends, and with the Disney characters that a box would never be able to capture.

If you want your voice to be heard, you too can sign the petition at change.org.

How do you feel about the loss of PhotoPass Photographers at Walt Disney World? Let us know in the comments!