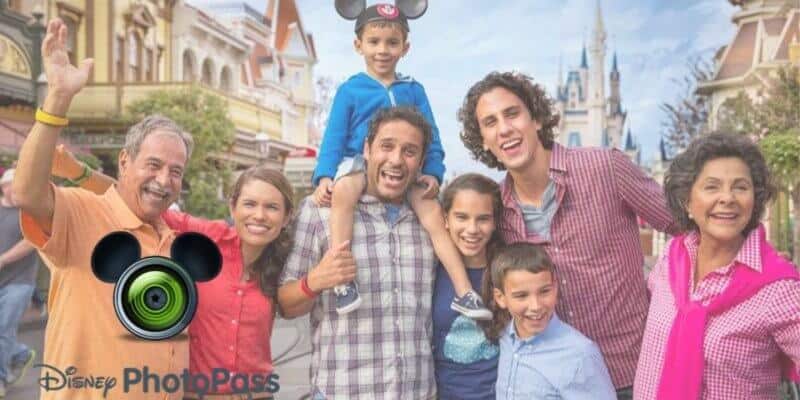 Part of what makes Disney stand out from other companies is the magic they create for families all around the world. One of the many reasons I love visiting Walt Disney World is to capture the laughs and the memories I create while in the The Most Magical Place On Earth, and this is done through photography.

Personally, I think the PhotoPass photographers at Walt Disney World are trained with such a great eye that a machine simply won’t be able to capture. The amount of photos I have of my family and I sharing laughs, the hugs I receive from the characters, the conversations and interactions that are told through one simple photo, these are the memories that keep bringing me back to visit Walt Disney World, and I know a lot of guests feel the same way.
Several guests have reached out to Walt Disney Guest Relations, but that didn’t seem to change their minds as recent reports show automated cameras now in place at the Mickey and Minnie meet and greet as well as Tinkerbell’s meet and greet in Magic Kingdom. We even heard about some showing up at Star Wars Launch Bay at Disney’s Hollywood Studios too.

In the Tweet below, you’ll see exactly how these photos come out using the automated cameras compared to a professional PhotoPass photographer.

I had to submit a missing photos request to Disney Photopass, but our pics with Tink, taken by the automated box finally showed up. #WaltDisneyWorld #MagicKingdom pic.twitter.com/PopqJuKAS8

And to say guests are upset is an understatement. It didn’t take long before Disney fans took to Twitter to voice their opinions on the matter.

@WDWToday @WDWGuestService @Disney @WaltDisneyWorld @DisneyParks The news of the automated cameras replacing the PhotoPass photographers in the Mickey & Minnie meet & greet is terrible! The auto camera won’t get a pic of my kid hugging Mickey as he is greeted by Mickey and Minnie

@DisneyParks @WaltDisneyWorld replacing amazing Photopass CMs with automated boxes is awful. You are slowly taking away the magical moments that make character experiences so great. You also are giving me one more reason to NOT buy Memory Maker.

So how exactly does this new automated camera process work? When you walk into the room, there will be a character attendant there to guide you through the experience. The flash on the camera will go off every 3-5 seconds to capture multiple photos. The good news is the character attendants will still take pictures with your own phone if you would like some extra memories captured.

Once you finish meeting your favorite Disney character, proceed to the exit and scan your MagicBand at a kiosk to link the photos to your MyDisneyExperience account.

Personally, I hate to see the PhotoPass photographers leave because I don’t think automated cameras will be able to capture the magic like professionals can.

What do you think of the new automated PhotoPass cameras?