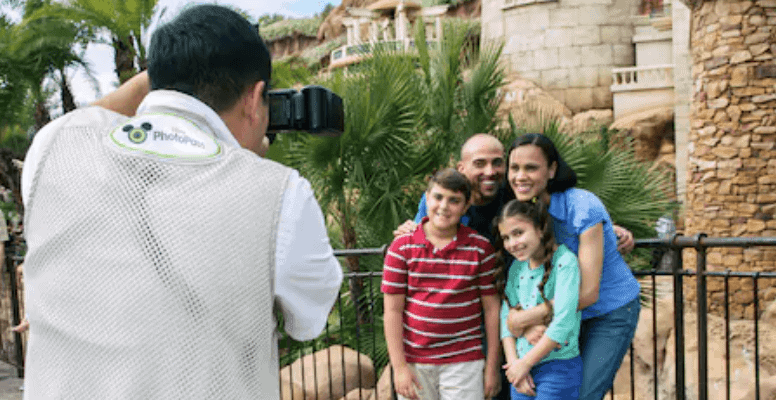 Some Disney World fans discussed a popular feature for Guests, talking about how disappointed they are with the service.

When visiting the Disney Parks, Guests will surely want to remember as much as they can from their trips. This is where Disney’s PhotoPass comes into play. With PhotoPass, Guests can purchase a package and not have to worry about pictures again, all they have to do is to get photos done from Disney’s Cast Members located throughout each of the four Parks.

However, this can be costly and as some Guests were discussing, the service may not be worth it depending on the quality of the pictures you may get. In a recent discussion on Reddit, several Guests talked about this topic, see the full statement below:

Is it me or do PhotoPass pics look terrible?

All the photopass pics we’re getting look awful.

It’s likely due to the flash.

But every pic looks super washed out, weirdly lit and basically like a tourist pic from the 90s.

I get why they have the big fancy cameras…some of it is to LOOK the part and appear fancy.

They need to upgrade the cameras, stop using flash and train staff better.

On a positive note, there are lots of PhotoPass opportunities around with low wait times.

Anyone else feel the same?

Several users in the comments agreed, with one saying that the service is a “huge hit or miss”. Another said that they used it and it was fun, but they won’t be using it again. One user even said that an iPhone can take better pictures.

Another user talked about how there were always long lines for PhotoPass and the pictures were never great quality. One even said that the price was “ridiculous” and not worth it based on the pictures. Packages for PhotoPass start at $69.00 and can go up to $200.

While some may argue that their iPhone takes better pictures, PhotoPass Cast Members are supplied with professional equipment and are always eager to help Guests capture their memories. They will also take a photo of you and your party with your phone if you ask, so the option to have both photos is always there. PhotoPass Cast Members are the reason so many Guests can take photos at the Parks, whether you are alone and want a picture, or you want a family shot with everyone included!

Disney’s PhotoPass is a service that the Park offers Guests, allowing them to not worry about taking their own photos while on vacation. All you have to do is approach a PhotoPass Cast Member and ask them to take your picture. These Cast Members are typically set up in front of popular areas like Cinderella Castle in Magic Kingdom, The Tree of Life at Disney’s Animal Kingdom, or all throughout Star Wars: Galaxy’s Edge.

Once your picture is taken, you just scan your MagicBand, and you’re good to go!

Preview all your Disney PhotoPass photos from Walt Disney World Resort, then purchase photo downloads and prints to share. Choose just your favorites or buy them all with Memory Maker!

Get Everyone in the Picture

Snap Up Unlimited Photo Downloads for Your Vacation

Enjoy unlimited iconic, professional photos captured by Disney PhotoPass for just one price with the
purchase of Memory Maker. Includes family photos captured throughout the parks –
from iconic park locations to participating attraction locations – that are easy to share.

How do you feel about Disney’s PhotoPass?