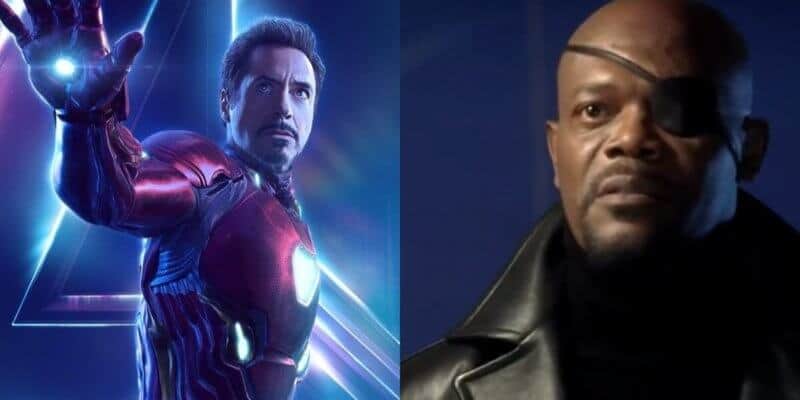 Flashback to 2008 when Nick Fury (played by Samual L. Jackson) appeared from the shadows to talk to the one and only Mr. Tony Stark (played by Robert Downey Jr.) to discuss “the Avengers initiative.” And now, here we are 11 years, dozens of new characters, and 20 films later when Marvel decided to release an alternate version of the famous post-credits scene.

As you can recall, the original post-credit scene wasn’t very long , less than 30 seconds long to be exact, but the brand-new scene that was released at the Saturn Awards by Marvel boss, Kevin Feige, is a bit longer and brings a few surprises along the way.

Marvel teases both Spider-Man and the X-Men, even though neither are anywhere close to the MCU at this point in time when “Iron Man” was first released.

If you listen, you will hear Nick Fury mention both “radioactive bug bites” and “mutants” in his “Avengers Initiative” speech, referring to Spider-Man and the X-Men, of course.

But what makes this even more interesting is of course the fact that Spider-Man has been a part of the MCU for quite some time now and the current feud between Marvel and Sony over the web-slinger. And recently, wIre found out that the X-Men are set to be incorporated into the new Marvel Universe at some point. After watching this new scene, it’s almost as if Marvel is stating that the X-Men have always been a part of these movies.

At this point in time, there has been no official announcement regarding the X-Men films in the MCU, but who knows what the future holds.

What do you think of this newly released post-credits “Iron Man” scene?