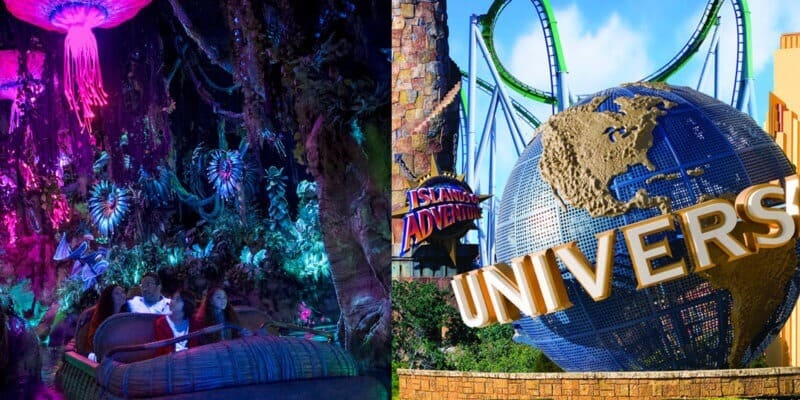 We all know Central Florida is a hub for some of the best theme parks in the world. And TripAdvisor agrees, as they just released their list of Top 25 Amusement Parks in the World and at the top are all Orlando-based theme parks.

Every year, TripAdvisor puts together a list of what they believe to be the top 25 theme parks in the world based on a series of extensive criteria and this year’s list is shining bright as it’s full of theme parks from the sunshine state.

Starting in reverse, of the many Central Florida theme parks found on the list, Disney’s Hollywood Studios comes in at the highest at number 15. Right in front of it is SeaWorld at number 10.

Coming in at an impressive number 4 is Disney’s Animal Kingdom, which sits behind other prominent Central Florida theme parks that take the spots of 3, 2, and 1! At number 3, sits Universal Studios Florida, a frequent park to sit at the top of the list.

At number 2 sits the most magical place in the world, Walt Disney World’s Magic Kingdom. And at the most coveted spot of all, for the fifth year in a row, is Universal’s Islands of Adventure. Surprisingly Disneyland is only 12th behind lesser-known parks like The Island in Pigeon Forge while narrowly beating out Dollywood. Europe is also well represented ahead of Disneyland with  Puy de Fou, Tivoli Garden, Europa-Park, and Disneyland Paris ahead of the park Walt Disney walked.

As for the Universal Orlando theme parks, they also made it to closer to the top of the list with Universal’s Islands of Adventure sitting at number fourteen and Universal Studios Florida at number eleven.

Ready to take a trip to one of these amazing theme parks? Be sure to visit our friends at Academy Travel who have more experience booking theme park vacations than anyone. Click here for a no-obligation quote to the theme park you’ve always wanted to visit.

What are your thoughts on this year’s Top 25 Amusement Parks in the World list by TripAdvisor? Let us know in the comments below!