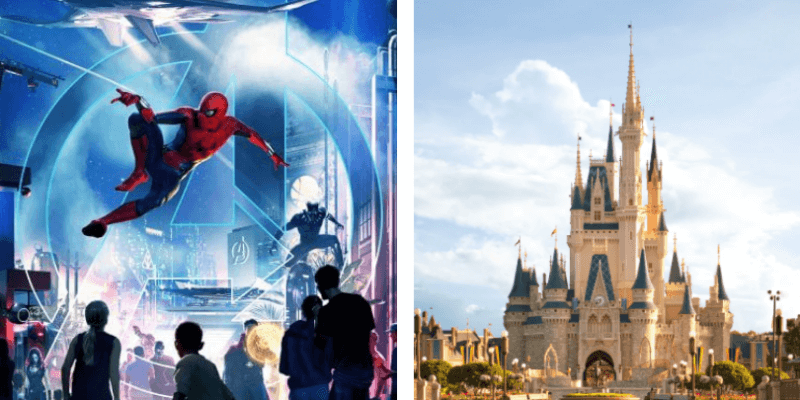 Disneyland Resort has been prepping for the upcoming opening of the new Marvel-themed land at Disney California Adventure. But even though we’ve seen a lot of the same attractions at theme parks on both coasts lately, an entire land themed after the Marvel super heroes is one thing we won’t be seeing at Walt Disney World in Florida. Here’s why.

Even though Disney acquired Marvel in 2009, that doesn’t mean the company got free reign to use anything Marvel-related in its theme parks. Universal still had the rights to characters in the Marvel Cinematic Universe, which is why we see a pretty large Marvel presence at Universal Orlando Resort in Florida. A longstanding court case prevents Disney from using a majority of well-known Marvel characters (like Spider-Man, Iron Man, and Captain America, among plenty of others) and even the use of the name “Marvel” name in any of the theme parks east of the Mississippi River.

As the Tampa Bay Times reports, Universal Studios had already secured the rights to Marvel for its Orlando theme parks (Universal Studios and Islands of Adventure), and Disney Chairman and CEO Bob Iger at the time acknowledged that Universal retained those rights as long as they continued to pay royalty checks to Marvel.

So far, Universal isn’t showing any signs of giving up Marvel, and it’s unclear whether they ever will. Sure, it may be confusing to Disney and Marvel fans why we can meet Marvel characters in Disney and Universal theme parks, but Marvel had been well-established at Universal Orlando before Disney acquired the studios, and we couldn’t expect everything to change the minute Disney bought up the Avengers.

Interestingly, it seems as though Walt Disney Imagineering is allowed to use any Marvel characters in its Walt Disney World theme parks as long as those characters aren’t represented at Universal Orlando. Neither Disney nor Universal have publicly spoken about this, but that does explain why we’re getting a Guardians of the Galaxy attraction at Epcot when Guardians of the Galaxy are nowhere to be found at Universal theme parks.

Related: Epcot’s Guardians of the Galaxy Coaster Gets Name and New Details!

However, Walt Disney World can’t use the “Marvel” name when promoting its attractions, and apparently, neither can Disneyland. So we won’t be seeing an announcement for a “Disney World Marvel land” in the near future — and such a land isn’t even coming to California either. Instead, the west coast is getting Avengers Campus, a super hero HQ with no mention of “Marvel” in sight.

As we reported last year, most fans are aware that Universal still controls the theme park rights to Spider-Man, The Incredible Hulk, The Fantastic Four, X-Men, and more characters in the Marvel Cinematic Universe east of the Mississippi river.

But many don’t realize that the deal could have covered the entire country if Universal chose to act on it out west. And, because Universal Studios Hollywood remains without any Marvel attractions of any kind, Disneyland Resort got free reign of all the characters…but there’s a catch. According to the fine print of the contract, “The agreement says that regardless of which side of the Mississippi River a theme park is located, “Marvel may not permit a licensee to use the name ‘Marvel’ as part of the attraction name or marketing.”

This explains why the Marvel-themed land at Disney California Adventure can’t be called Marvel Land. Instead, we’ll know it as Avengers Campus. It will still be home to Marvel characters, there will be a Spider-Man ride and an attraction featuring Black Panther and other heroes, but we won’t be seeing anything with the word “Marvel” being used in the marketing for the newest park expansion. This also explains why the Marvel-themed after dark event wasn’t labeled “Marvel” at all, even though Marvel super hero characters are there everyday in California Adventure.

It’s all a bit confusing, but it’s where Disney and Universal are at with their agreement, which doesn’t seem to be getting amended anytime soon.

But here’s why this is a good thing 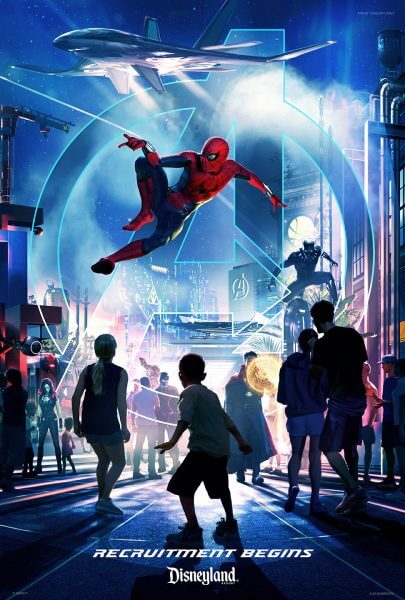 Sure, it would be great to have a Marvel-themed land at Walt Disney World. We all know there’s enough room for an expansion like that. And with Star Wars: Galaxy’s Edge being identical themed lands at Disneyland in California and Disney’s Hollywood Studios in Florida, it’s no surprise that Disney fans may want to be able to experience as many of the same attractions as possible at Walt Disney World Resort and Disneyland Resort.

But having diversity among theme park attractions is part of what makes experiencing them so enjoyable. Sure, a superhero land is being developed at several Disney Parks worldwide — Disney California Adventure, Hong Kong Disneyland, and Walt Disney Studios park in Paris are all getting Avengers attractions. But we won’t be able to experience the same attractions at each, and not every Disney Park around the world will have Marvel characters in it at all.

We’re not sure what Disney’s plans are for the future, but we do know this: having unique attractions at each Disney Park around the world is what makes it worth it for fans to want to visit every park. If every theme park had the same attractions, what would be the point in wanting to travel to them all?

Walt Disney World won’t be getting a Marvel-themed land anytime soon (we’ll have to wait until it opens on the west coast to experience it). But that just means that there will be more of a variety of different attractions on both U.S. coasts. We don’t know about you, but we think that the more epic attractions, the better.

Avengers Campus opens this summer at Disneyland Resort in California. Click here to book your next Disney trip.

Do you want Walt Disney World to get its own Marvel land, or would you rather keep Disneyland’s attractions unique? Let us know in the comments!