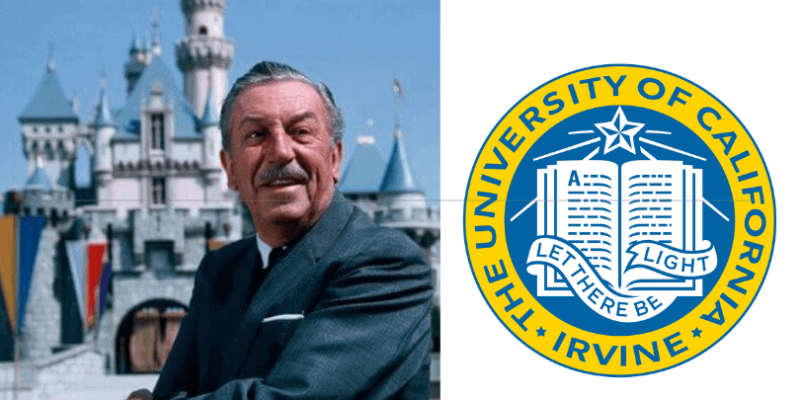 Calling all Disney fans: you can now go to college to study the Happiest Place on Earth. University of California, Irvine in southern California recently begun offering the happiest class on campus a Disneyland course, and we wish we could go back to school so we could enroll in this course ourselves.

Of all the colleges and universities located in California, it’s no wonder UC Irvine is the one that started a Disneyland class. The university is located just a few miles from Anaheim, and it’s pretty common for UC Irvine students to be Disneyland Resort annual passholders while attending school.

The Disneyland class first launched in January of this year and focuses on the art, architecture, and operations of Disneyland. It’s primarily taught by a UC Irvine associate professor of art history and visual studies Roland Betancourt, who specializes in the medieval period. Betancourt says he is used to trying to understand how objects, images, and works of art function in space, and recently he has taken an interested in more modern, themed, and artificial spaces (namely, Disneyland Resort).

“Disneyland sort of was a natural way of exploring these landscape spaces that seek to be themed in some capacity, to transcend the mundane, the average, and to take us to another realm in some capacity. And I think Disneyland does that in a way that pretty much puts a lot of history to shame,” Betancourt said.

Interestingly, Disney fan Betancourt had never visited Disneyland until around two years ago when he moved to California from Miami, FL. Although he was acquainted with Walt Disney World, Disneyland has a more historical element that the Magic Kingdom doesn’t, since it was Walt Disney’s first theme park.  Though he recalls his first Disneyland visit to be disorienting, Betancourt now says he’s working on a book about the theme park, which we bet will be excellent course material for his students.

Betancourt visited Disneyland 130 times, rode the Matterhorn 600 times, and took more than 20,000 photos and slow-motion videos of the park. He analyzes the entire grounds of the park, including every façade and element of theming that Disney has Imagineered. UC Irvine even says that the associate professor became so familiar with Disneyland Resort operations that he could place his hand on the concrete exterior of the Matterhorn mountain and sense by vibration when the bobsled coasters encountered various brake zones inside the attraction. We don’t know about you, but even as Disneyland enthusiasts, we don’t think we could do that ourselves.

“When I go to Disneyland, I’m not just there for fun,” said Betancourt in an interview with UC Irvine. “I notice everything from the brand of churros sold by food carts to the hand signals used by ride operators to communicate with each other.”

As you can imagine, Betancourt’s course, called “Disneyland: Art, Architecture and Operation,” is not the typical art history course you’d take at any other university. Students are encouraged in the class to “rethink what makes Disneyland a unique cultural space,” and they do so by studying the theme park in a way that many fans wouldn’t. Students analyze Jungle Cruise scripts, social media posts, accident reports, YouTube videos, and even an old training manual on how to sell merchandise in Fantasyland and other employee archives. Of course, a class on Disneyland wouldn’t be complete without a field trip to the Happiest Place on Earth. Students visit the theme park, pay attention to the way it operates, listen to the audio-animatronics work, keep an eye out for Disneybounding, and even study personal interactions with the Disney Princesses.

“My interest is really to not give them the story that they can pick up in a popular book, but to also have a deeper understanding of the labor involved, the work that it takes on the part of cast members and designers to sustain, and actively maintain, spaces like these that are so heavily themed,” he said.

If you’re a UC Irvine student (or you just want to find a way to enroll in the class), you’re in luck. “Disneyland: Art, Architecture and Operation” returns next spring, and it will most likely include an analysis of Star Wars: Galaxy’s Edge. Get ready, Disneyland historians. It’s time to go back to school!

Would you ever want to take a college course on Disneyland? Let us know in the comments!