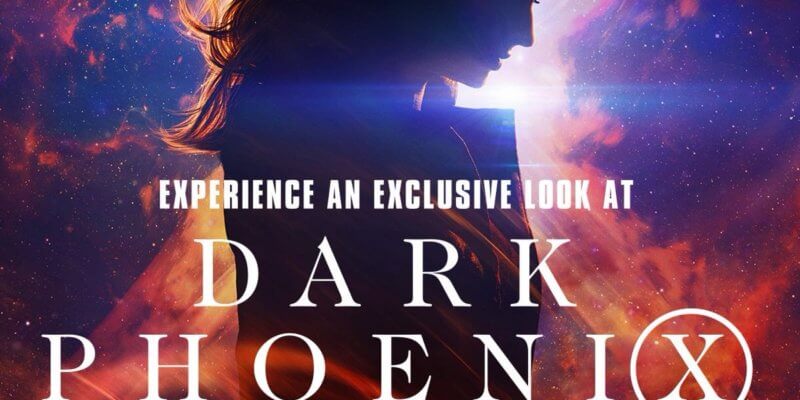 If you haven’t gotten the chance to see “Avengers: Endgame” yet (or if you’re planning on seeing it multiple times in theaters), you’re in luck. Marvel just announced that they have an exclusive surprise for “Avengers: Endgame” viewers at IMAX theaters: a sneak peek of the latest X-Men film, “Dark Phoenix.”

IMAX and Marvel shared the news on Twitter yesterday, but it doesn’t come as a surprise. Now that the Disney has acquired Fox, plenty of new doors have opened for Marvel Studios, including everything related to the X-Men. “Dark Phoenix” is the last Fox-produced X-Men film remaining before all future X-Men films are under the Disney umbrella, so we’re pretty excited to see our two favorite Marvel worlds colliding with this screening of an X-Men sneak peek before the finale to the current era of the Marvel Cinematic Universe.

Take a look at the Twitter announcement of this weekend’s exclusive sneak peek of “Dark Phoenix” below:

This weekend, see an exclusive look of #DarkPhoenix only in #Imax theatres before #AvengersEndgame! Find an IMAX location near you now: https://t.co/iIOjnHDiDi pic.twitter.com/pqd66SNxJA

As Comicbook points out, “Dark Phoenix” will likely be the final X-Men film with the current cast, as now all future X-Men films will be produced by Marvel Studios, a.k.a. Disney. However, we don’t expect any of the X-Men characters to be introduced to the MCU anytime soon. Although The Walt Disney Company has teased a possible X-Men and MCU crossover recently, they’ve assured us that we’ll have to wait before we see any X-Men characters in an MCU film. Still, we can’t help but get excited at the thought of all our favorite superheroes and mutants in one film together. How epic does an Avengers vs. X-Men movie sound?

If you’re interested in watching “Avengers: Endgame” in mind-blowing IMAX quality (and getting an exclusive look of the upcoming “Dark Phoenix” film as a bonus), you can visit the official website to purchase tickets and find a location near you.

Do you plan to see “Avengers: Endgame” and get a sneak peek of “Dark Phoenix” this weekend? Let us know!

Comments Off on “Avengers: Endgame” IMAX screenings will show an exclusive preview of the newest X-Men film