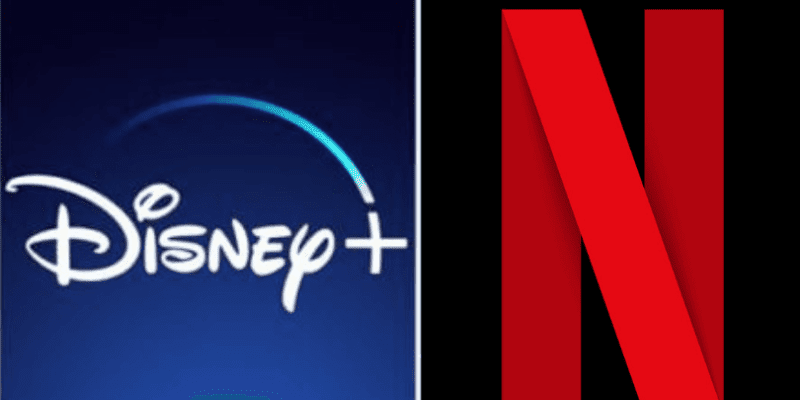 Disney+ is one of the most anticipated new releases that The Walt Disney Company has in store for 2019. Between Star Wars: Galaxy’s Edge opening on both U.S. coasts within a matter of months and plenty of ultra-hyped films hitting theaters, Disney has a lot to offer fans and consumers this year. But even though Disney+ will include a variety of new and fan-favorite titles, it won’t offer nearly as much content as Netflix upon its debut. Here’s why we think you should still subscribe to Disney+, no matter how much content will be available on Disney’s new streaming service.

How does it compare to Netflix?

Disney+ will start at $6.99 per month upon its release on November 12, 2019. Back in 2018, Iger shared that due to the service’s lighter content load, the price at launch will be less than Netflix, which currently offers customers three tiers of membership ranging from around $8.99 to $15.99. And by lighter content load, Iger was referring to the fact that when the streaming service makes its initial debut, Disney+ will not offer nearly as many shows and movies as Netflix currently does.

Disney recently shared that in the first year of launch, Disney+ will include 7,500 episodes of current and past TV shows and 500 movies. That means that, as Variety points out, in its first year Disney+ will have less than 20% of the selections currently available on Netflix in the U.S. However, while Netflix offers approximately 47,000 TV episodes and 4,000 movie titles, it would seem as though they are focusing more on quantity over quality. While Disney+, on the other hand, seems like it plans to offer the opposite. As Variety notes, the number of titles offered on a streaming service does not reflect its value or appeal. And for a media giant like Disney to come out with a streaming service geared toward long-time fans of the company’s hit TV shows and films, it’s safe to say there’s a lot of appeal to subscribing to Disney+.

What’s included on Disney+ that you can’t find anywhere else?

Essentially, Disney+ will be a one-stop-shop for the ultimate Disney fan. And with Disney pulling all of its content from Netflix by the time Disney+ debuts this fall, the new streaming service will be the only place to stream Disney, Marvel, “Star Wars,” National Geographic, and other related content. Everything from your favorite childhood TV shows like “Lizzie McGuire” and “That’s So Raven” to the programming you know and love like “The Simpsons” and every “Star Wars” film ever made will be available to view on Disney+. You can read more about everything included in Disney+ (that you won’t be able to find anywhere else) in our post here.

At the cost of $6.99 per month upon its initial release, we don’t see any reason why we wouldn’t subscribe to Disney’s new streaming service. It’s a no-brainer that Disney+ will appeal to parents wanting family-friendly content they know their kids love, and we wouldn’t be surprised if long-time Disney fans are cancelling their Netflix subscriptions in favor of Disney+ (or the three-subscription value pack that the company hinted would include Disney+, ESPN+, and Hulu). As Comicbook shared, any fan of Marvel Studios or “Star Wars” alone would want to subscribe to Disney+ for less than $10 per month. Some fans, we imagine, would be willing to pay a lot more to get their fix of their favorite franchises. Disney has all but guaranteed a wide audience for their new streaming service by including titles from such a variety of film and television franchises. And with all of their content being pulled from Netflix in a matter of months, only time will tell if Netflix is able to still garner that same audience after Disney+ is available to consumers.

Will you be subscribing to Disney+ as soon as it releases this fall? What do you think of Disney+ compared to Netflix? Let us know in the comments!

Comments Off on Disney+ will only have a fraction of Netflix’s content, but here’s why you should still subscribe