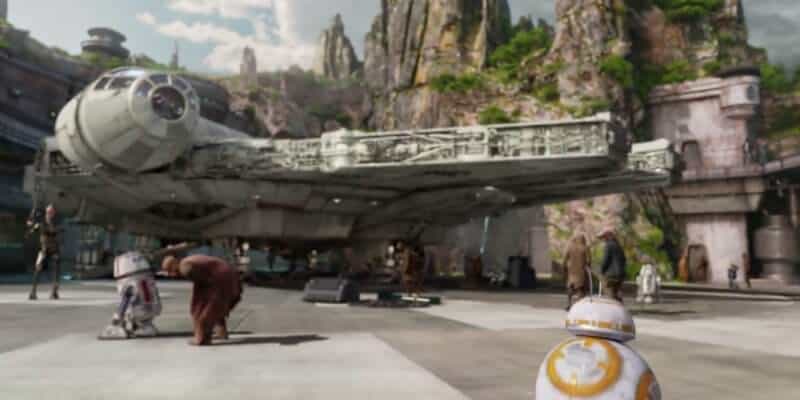 Star Wars: Galaxy’s Edge will open this summer on May 31 at Disneyland in Anaheim, CA, and on August 29 at Disney’s Hollywood Studios at Walt Disney World. The Walt Disney Company revealed the opening dates during the annual meeting of shareholders on Thursday.

During the first opening, only one of the two attractions, Millennium Falcon: Smugglers Run, will be open for guests to enjoy. The second attraction, Star Wars: Rise of the Resistance, will open at a later date during a second grand opening of the new land.

The new land inspired by the “Star Wars” films will transport guests to a galaxy far, far away, a dream that longtime George Lucas fans have had since the first film hit theaters decades ago. A franchise that spans generations, “Star Wars” depicts a world that viewers have wanted to visit for far too long, and Star Wars: Galaxy’s Edge is finally bringing the beloved films to life on the planet of Batuu. From piloting the Millennium Falcon to finally getting a taste of that iconic blue milk, every guest at Galaxy’s Edge will find adventure and live out their “Star Wars” fantasies. The only question now is, when are you going to visit?

If you want to visit Disneyland and Walt Disney World for the opening of Star Wars: Galaxy’s Edge, there are some important details to keep in mind about the phases in which the land will be opening and the reservations guests will need before entering Galaxy’s Edge at Disneyland. Here’s what Disney shared:

On opening day for phase one, guests will be transported to the remote planet of Batuu, full of unique sights, sounds, smells and tastes. Guests can become part of the story as they sample galactic food and beverages, explore an intriguing collection of merchant shops and take the controls of the most famous ship in the galaxy aboard Millennium Falcon: Smugglers Run.

Phase two, opening later this year, will be Star Wars: Rise of the Resistance, the most ambitious, immersive and advanced attraction ever imagined, which will place guests in the middle of a climactic battle between the First Order and the Resistance and will blur the lines between fantasy and reality. In light of tremendous demand, Disney made the decision to open the land in phases to allow guests to sooner enjoy the one-of-a-kind experiences that make Star Wars: Galaxy’s Edge so spectacular.

If you’re planning to visit Star Wars: Galaxy’s Edge at Disneyland park between May 31 and June 23, 2019, you needn’t bring your own protocol droid—but you will need a valid theme park admission and you’ll be required to make a no-cost reservation, subject to availability, to access the land. More details about reservations will be available on Disneyland.com and the Disney Parks Blog. If you’re staying at any of the three Disneyland Resort hotels, you will receive a designated reservation—one per guest—to access the new land during your stay (if it falls during these dates), and valid theme park admission is required.

When Star Wars: Galaxy’s Edge opens at Disney’s Hollywood Studios on August 29, guests will need valid theme park admission to visit the land (though a reservation will not be offered or required) and capacity is limited. Star Wars: Galaxy’s Edge will be open during Extra Magic Hours, providing guests staying at select Walt Disney World Resort hotels the opportunity to enjoy extra time at Disney’s Hollywood Studios experiencing select attractions. Check Disneyworld.com and the Disney Parks Blog for more information as it becomes available.

Now that we know the opening date of Star Wars: Galaxy’s Edge at Disneyland and Walt Disney World, it’s time to start booking those Disney vacations so you can make sure you have the chance to visit it. Let’s face it: the crowds will be unlike anything we have ever seen before at a Disney park. If you thought the opening of Pandora – The World of Avatar brought large crowds to Disney’s Animal Kingdom at Walt Disney World, think again.

Galaxy’s Edge will bring Disney fanatics, new attraction enthusiasts, “Star Wars” fans of all ages, and everyone in between to Disneyland from the time the new land opens and beyond. And to alleviate some of the stress of planning a vacation during this busy time, we highly recommend booking with a travel agent. An Authorized Disney Vacation Planner can take care of all the details of your trip and help you navigate your visit to Star Wars: Galaxy’s Edge. This is also a great option if crowds aren’t your thing and you want to book a vacation before the new land opens. If you’re interested in booking your vacation with an Authorized Disney Vacation Planner at Academy Travel, click here for your no-obligation quote.

Are you going to visit Disneyland or Walt Disney World during the opening of Star Wars: Galaxy’s Edge? Share your excitement with us in the comments!