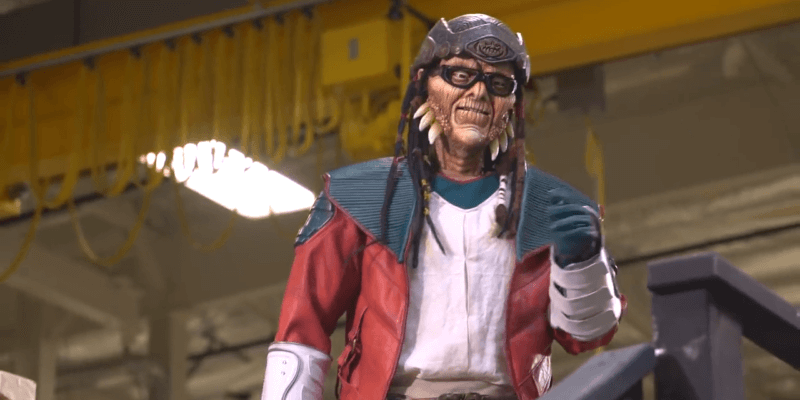 The opening of Star Wars: Galaxy’s Edge is getting closer (the new land opens on May 31 at Disneyland and August 29 at Walt Disney World) and we’re finally getting more details about the food and beverages, merchandise, and immersive experiences. At Galaxy’s Edge, guests will be able to ride two incredible new attractions — Millennium Falcon: Smugglers Run and Star Wars: Rise of the Resistance — and we’ve gathered everything we know about the rides so far.

Most importantly, Disney revealed that Star Wars: Galaxy’s Edge is opening in two phases. During phase one, starting May 31 at Disneyland and August 29 at Disney’s Hollywood Studios, only Millennium Falcon: Smugglers Run will be available. During phase two later this year, Star Wars: Rise of the Resistance will make its debut.

Also important to note — Millennium Falcon: Smugglers Run will not be available on FASTPASS (including Disney MaxPass) at Disneyland or FastPass+ at Disney’s Hollywood Studios when the attraction first opens. To learn more about planning your visit during phase one opening of Star Wars: Galaxy’s Edge, be to read our coverage here.

Every “Star Wars” fan would love to see the Millennium Falcon in real life, and at Galaxy’s Edge, guests will get to both see the ship and take a ride on it. On Smugglers Run, guests enter the cockpit of Han Solo’s ship and become the flight crew, with two people serving as pilots, two as gunners, and two as engineers. “It’s a completely interactive experience,” Scott Trowbridge, portfolio creative executive/studio leader at Walt Disney Imagineering, tells StarWars.com. “So if you don’t fire and hit that TIE fighter that’s coming after you, it may get some shots and create some damage on the ship that then you have to fix. If you don’t fly right, you smash into a wall. You’re truly in control of what happens on your mission.”

The ship’s interior is just like you remember it from the “Star Wars” films, including the dejarik table. The cockpit is filled with lights, buttons, interactive switches, and screens that gunners will use to take down TIE fighters.

According to io9, the story behind Smugglers Run starts with Hondo Ohnaka, the notorious Outer Rim pirate. He has persuaded Chewbacca to let him use the Millennium Falcon to smuggle goods, but he needs a flight crew. That’s where Disney park guests enter. Hondo himself is part of the attraction as a detailed animatronic, and you can get a peek at Hondo in action in this video from Walt Disney Imagineering.

io9 also reports that when the ride is over, Hondo will assess your group’s performance and give you a cut of the earnings, which can then somehow be used in other parts of the story.

Smugglers Run is a motion-simulator attraction completely controlled by guests. Its effects are rendered in real-time using Unreal Engine, which is commonly used in video games and mixed-reality experiences. “The multi-projection system, and the actual amount of screen space that we had to fill, and the quality that we had to fill, is what sets it apart from what you’d be doing [in video games],” said Jacqueline King, producer of Walt Disney Imagineering.

On Rise of the Resistance, you become part of the action as new Resistance recruits. Things don’t go smoothly, however. As you set out on a mission, your shuttle is caught in a tractor beam and you find yourself inside a First Order Destroyer.

According to io9, before boarding the attraction, guests are greeted by an animatronic BB-8 and a hologram of Rey (played by Daisy Ridley). Finn and Poe, played by John Boyega and Oscar Isaac, also make on-screen appearances during the ride, and you can expect to see the villainous Kylo Ren (voiced by Adam Driver), as well. There are also life-size recreations of Poe Dameron’s X-wing and an A-wing. Part of your journey will include a ride on a trackless vehicle and menacing AT-ATs, too.

To fine tune the trackless ride vehicle experience, Imagineers drove the vehicle in a test space while wearing VR headsets loaded with the ride’s imagery. From StarWars.com:

“As soon as we had this tool, everything changed,” said John Larena, executive creative director at Walt Disney Imagineering, and a lead creative on Rise of the Resistance. The set was designed in 3D models, and could be easily changed or tweaked based on feedback from these VR sessions. “That liberation, again and again, allowed us to hone and perfect the way that we told our story.” The days of testing experiences with cardboard-box obstacles is over.

All of this sounds thrilling for “Star Wars” fans, but it’s also exciting for the actors who star in the films. “We have had wonderful cooperation with Lucasfilm, coordinating shoots with [the actors’] shoots. Turns out, they’re fans, as well,” John Larena, executive creative director, Walt Disney Imagineering, told D23. “We’re thrilled to get them on a ride, and they’re thrilled to be on a ride. Fitting this within the framework of the movies is very important.” And since the stars mostly film in front of façades on set, “To see it all around is amazing for them.”

Without a doubt, the more we learn about Star Wars: Galaxy’s Edge, the more excited we get to experience it all for ourselves. Fans will get to step into this immersive new land starting May 31 at Disneyland and August 29 at Disney’s Hollywood Studios.

Comments Off on Everything we know about Star Wars: Galaxy’s Edge attractions