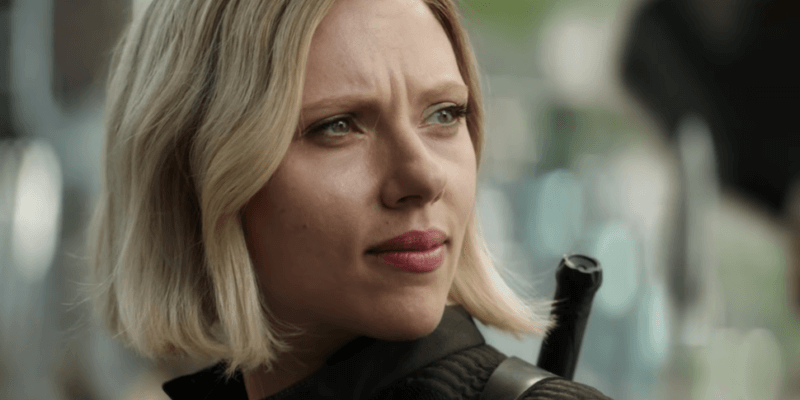 “Avengers: Endgame” is already predicted to be a global box office smash hit when it premieres in theaters in a few months, but what is to follow this epic finale? Here is a look at all of the Marvel movies confirmed and rumored following the “Avengers” conclusion.

According to Comicbook.com, this movie distributed by 20th Century Fox will be the first film following “Avengers: Endgame” and likely the last film featuring the current cast before the properties are absorbed by Disney and then Marvel Studios.

In Dark Phoenix, the X-Men face their most formidable and powerful foe: one of their own, Jean Grey. During a rescue mission in space, Jean is nearly killed when she is hit by a mysterious cosmic force. Once she returns home, this force not only makes her infinitely more powerful, but far more unstable. Wrestling with this entity inside her, Jean unleashes her powers in ways she can neither comprehend nor contain. With Jean spiraling our of control, and hurting the ones she loves most, she begins to unravel the very fabric that holds the X-Men together. Now, with this family falling apart, they must find a way to unite – not only to save Jean’s soul, but to save our very planet from aliens who wish to weaponize this force and rule the galaxy.

Last time we saw Spider-Man in “Avengers: Infinity War,” the lovable neighborhood hero had faded into ashes. This new film will have the lovable neighborhood hero back in action in his travels overseas. What’s so special about this film is that it is the first film in the MCU following Endgame and as of yet, there are no other scheduled MCU films following Endgame besides this one.

Peter Parker’s relaxing European vacation takes an unexpected turn when Nick Fury suddenly shows up in his hotel room. Parker soon finds himself donning the Spider-Man suit to help Fury stop the evil Mysterio from wreaking havoc across the continent.

Not much is known about this film as its release date has only recently been revealed. Comicbook.com reports that it’s not known if the film will get a traditional theatrical release, as it has been pushed back for over a year with its initial release set in April 2018.

Five young mutants, just discovering their abilities while held in a secret facility against their will, fight to escape their past sins and save themselves.

After the massive success of Venom at the global box office. Sony pushed Morbius, the Living Vampire into high gear. Comicbook.com reports that the film is set to feature Jared Leto in the undead role. Production for the film only recently began and is taking place in London.

After being one of the most successful films in the world last year, it’s no surprise Black Panther will continue with another film. According to Comicbook.com, everything for the film is greenlit except for a script.

Confirmed last summer by Marvel Studios boss Kevin Feige, the film only makes sense after the doctor’s major role in “Avengers: Infinity War.” There is no set time period of when this film is going into production at this point, but hopefully, it will be sooner than later!

The Eternals – Confirmed but no official release date

According to Comicbook.com, in a previous interview with TheWrap last year, Feige had seemingly confirmed The Eternals was already in development, saying “Eternals is one of many many many things that we are actively beginning to have creative discussions about to see if we believe in them enough to put on a slate.”

Guardians of the Galaxy Vol. 3 – Confirmed but no official release date

As we reported earlier, Marvel is already in development of the new film with James Gunn’s script. However, production hasn’t begun yet, nor has the idea of a possible release date for the film.

As noted earlier, Venom was a massive international success and it is no surprise the film would receive a sequel. According to reports from Variety, the follow-up will feature Tom Hardy’s Eddie Brock/Venom taking on Woody Harrelson, who’ll turn into Carnage after a brief cameo in the Venom post-credits scene.

As we reported earlier this year, Black Widow will be receiving her own stand-alone film, which potentially could be the first R-rated film from Marvel Studios. News is still swirling on finding a director and writer for the film, so there is still a ways to go before we can even see a potential release date for the film.

And-Man and the Wasp 3 – Rumored

Comicbook.com, reports that there have been talks about a third entry to the Ant-Man franchise by one of the film’s stars Michael Douglas, but as of yet, there’s “nothing formal.”

According to Comicbook.com, Adam McKay revealed he was under the impression Marvel Studios had been “kicking around” a movie featuring Nova, a fan-favorite character among Marvel comic fans. However, Feige has not confirmed a Nova movie is in development. Although, he has said the character has “immediate potential.”

In an interview with Comicbook.com, Feige stated: “Nova is… if we have a big board with a bunch of characters that have more immediate potential, Nova is on that board.”

Which of these Marvel films are you most looking forward to? Let us know in the comments below!