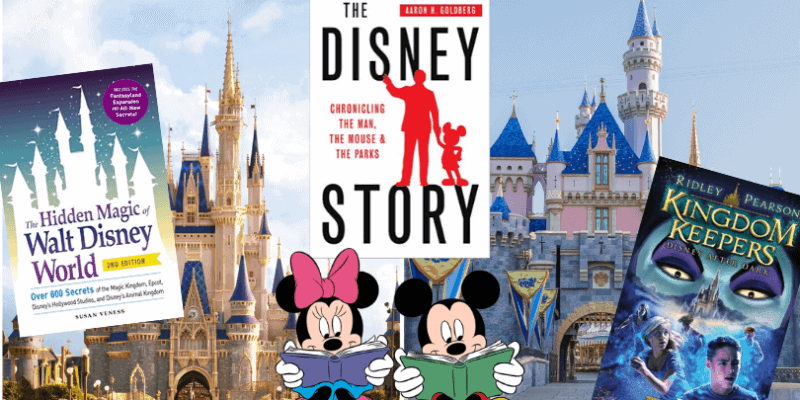 Picture this: you’ve returned home after an amazing Disney vacation, you’re missing the delicious smells and delightful sights of Main Street U.S.A., and you don’t know what to do to get your Disney fix before you can return to the parks. Well, look no further, because we’ve got you covered.

We’ve compiled another list of the top Disney reads, but this time we’re sharing the best books to read before your next vacation. Whether you’re planning a Disney trip or you just want to beat the Disney blues, here are some of the books we recommend reading to get you in the Disney spirit.

Click on the title of each book to purchase it!

The Disney Story: Chronicling the Man, the Mouse, and the Parks 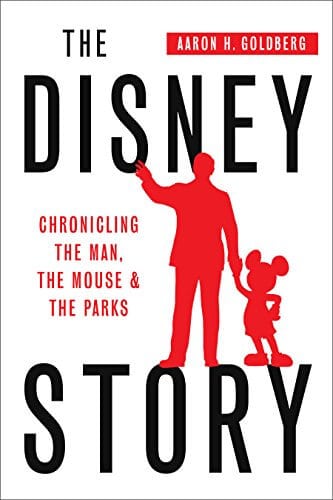 If you’ve never read a book about the history of the Walt Disney Company or the Disney parks and resorts, this is a great place to start. Written by Aaron H. Goldberg, this book chronicles the story of Disney decade by decade, from the release of Walt Disney’s first cartoons to the newest Disney park and everything in between. This book is a must-read for any Disney fanatic or history buff, and with its chronological organization, it can be read over and over again. Check this one out if you’re itching for some Disney facts in between vacations.

“Welcome to The Disney Story, a decade-by-decade look back on the man, the mouse, and the theme parks. From Mickey Mouse’s debut at the Colony Theatre in November 1928 to the opening of Shanghai Disneyland in 2016—and everything in between—finally, the world’s greatest storyteller has their story told!” the description of the book reads.

Author Aaron Goldberg has written other Disney Books, as well.

The Wonders of Walt Disney World: Your Guidebook for Uncovering Secrets, Stories & Magic 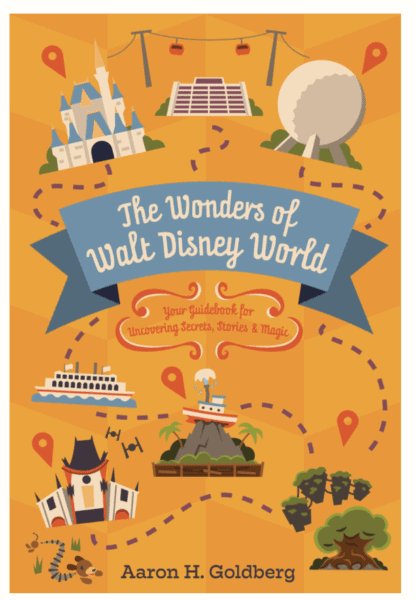 This book shares some lesser-known facts about Disney World in an exciting new way. It will serve as your guide before your upcoming trip to the Most Magical Place on Earth.

The description of the book says, “The Wonders of Walt Disney World will guide you from park to park and attraction to attraction, across all of the Disney property. It will open your eyes to the stories behind the stories of each attraction and bring forth hundreds of secrets that Disney weaves and hides just below the surface.”

Meet the Disney Brothers: A Unique Biography About Walt Disney 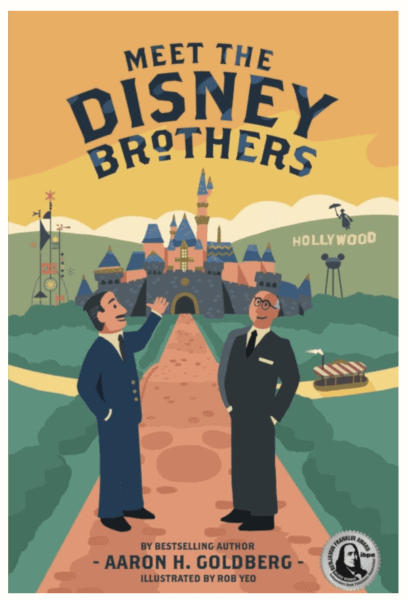 For even more Disney history, pick up this short read, also by one of our favorite authors, Aaron Goldberg. Meet the Disney Brothers shares the unique story of Walt Disney and his brother, Roy.

“Did you know there were two brothers with the last name of Disney who created this entertainment empire? Walt and Roy Disney built the world’s most popular theme parks and brought to life some of the best-known cartoon characters in family entertainment. The story of their lives is a wonderful tale of hard work, determination, and cooperation,” according to the book description. 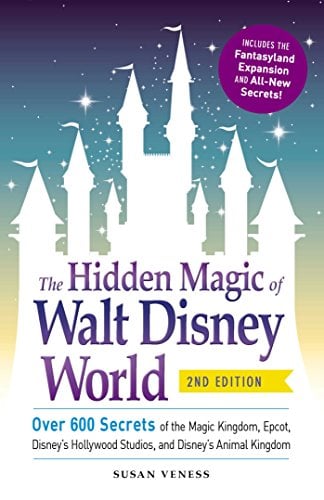 What makes this book a great read is the excitement factor it possesses. Author Susan Veness tells readers to be on the lookout for certain hidden magical elements all over Walt Disney World, so you’ll be itching to discover them on your next trip. Whether you read this a year before you plan to visit the parks again or on the plane while you’re on your way to Orlando, you’ll definitely enjoy it.

We always recommend this edition, but the author has also published an even newer version. Shop here!

Related: This guy goes to Disney World every day (and now he’s writing about it) 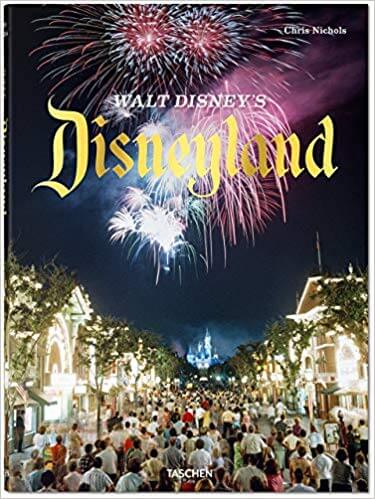 Some may write this one off as a coffee table book, but it’s so much more than that. Chris Nichols and Taschen have brought us a visual history of Disneyland from opening to present, and we’re in awe of it.

This collection of historical photographs and timeless magic draws on information from the Disney archives to provide fans with a comprehensive tale of how the Happiest Place on Earth came to be, from ideation and construction to the present-day fantastical and wondrous place we know and love. Pick this one up if you’d love to add a visual and factual masterpiece to your living room (or your Disney library).

From the official description:

This bountiful visual history draws on Disney’s vast historical collections, private archives, and the golden age of photojournalism to provide unique access to the concept, development, launch, and enjoyment of this sun-drenched oasis of fun and fantasy. Disneyland documents Walt’s earliest inspirations and ideas; the park’s extraordinary feats of design and engineering; its grand opening; each of its immersive “lands” from Main Street, U.S.A., to Tomorrowland; and the park’s evolution through the six decades since it opened. It is a treasure trove of original Disney documentation and expertise, with award-winning writer Chris Nichols drawing on his extensive knowledge of both Disneyland and Southern California history to reveal the fascinating tale of “the happiest place on Earth.”

Dream It, Do It! My Half-Century Creating Disney’s Magic Kingdoms 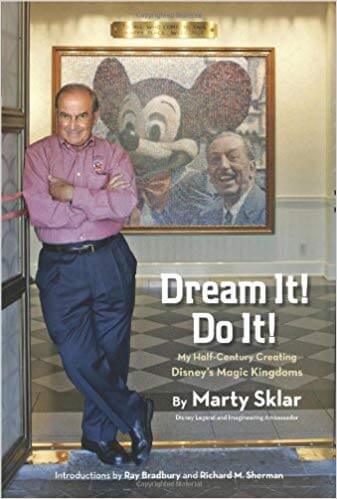 Marty Sklar came out with this book in 2013, and since then Disney lovers have marveled at his autobiographical tale of his career with the Walt Disney Company. A Disney Legend, Sklar started working at Disneyland in 1955, and since then he has been a highly influential Imagineer at the Disney parks and the Walt Disney Company. For those of you curious about behind-the-scenes details and those who played major roles in bringing the Disney magic to life, this is a must-read.

The Disney fan in your life would likely love to receive one of Sklar’s books as a holiday gift. Click here to shop all of his works! 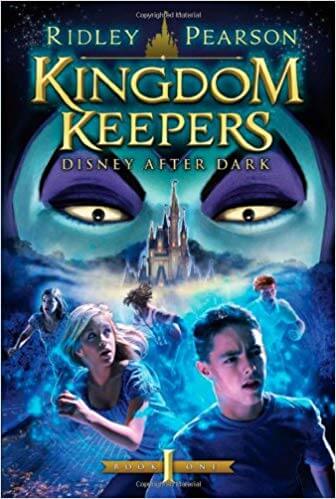 These may be children’s books, but like the Disney parks, they are enjoyable for dreamers of all ages. The Kingdom Keepers series follows kids who have to save the Walt Disney World theme parks from being overtaken by the Disney Villains. Sounds a bit cheesy, but we promise once you start reading these, you won’t be able to stop.

The books contain references to locations all around Walt Disney World, and the amount of research author Ridley Pearson dedicated to these books shines through in his careful and detailed storytelling. Take a look at these if you want to live out your childhood dreams of staying in the parks overnight. If any books will get you excited to visit Walt Disney World again, it’s these.

Author Ridley Pearson is also in the process of updating all of the Kingdom Keepers books in the series to make them more contemporary so they fit the parks of today. You can read all about that here. 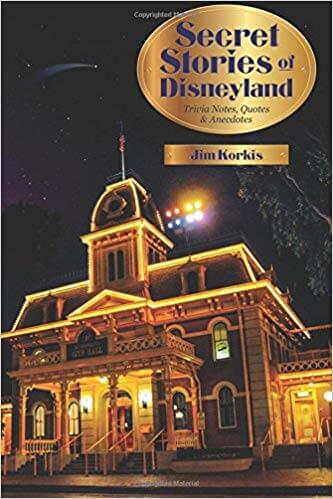 Jim Korkis is known for his “Secret Stories” books all about Walt Disney World, so this Disneyland version is definitely worth the read. This book is organized by the lands and areas of each theme park at Disneyland Resort, so it’s a great book to read cover-to-cover or to peruse in order of the locations that most interest you.

Korkis brings to light the short stories and hidden elements of Disneyland, from fun facts to little-known secrets, so readers can easily enjoy his book while waiting in line for the Disneyland Railroad or lounging on their couch at home. If you love Korkis’s “Secret Stories” series, this one should be the next on your list. 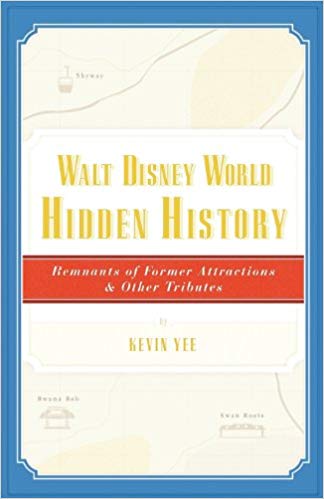 Rounding off our list is “Walt Disney World Hidden History” by Kevin Yee. This book is the perfect read for anyone who loves to find the little details that Imagineers leave behind when creating the magic at Disney parks or reimagining attractions.

There are many elements of Walt Disney World history that are both intentionally and unintentionally present at the parks today, from the names appearing on the windows of Main Street U.S.A. to small elements of past attractions that are no longer running at the parks. If you love a good mystery or finding historic parts of the Disney parks that hardly anybody pays attention to, consider reading this book before your next trip. We’re sure you’ll be planning a trip back to Orlando sooner than you think.

Related: The best books for planning every Disney vacation

There you have it, our top books for helping cure your post-Disney blues. Whether you’re a collector of Disney books, a lover of Disney trivia, or a planner who is always itching to get back to the Happiest Place on Earth, any of these books will be worth a read.

Want to take a Disney vacation to the Disney Parks? Book your next magical trip with the Authorized Disney Vacation Planners at Academy Travel! Academy Travel agents are Disney World and Disneyland experts. They can help you navigate the Magic Kingdom, share tips for dining and hotel reservations, and even help you decide what you should prioritize based on the type of vacation you want to have. Click here for a free, no-obligation quote and book your trip to Disneyland Resort or Walt Disney World Resort!

What is your favorite book to read when planning a Disney vacation?

Comments Off on Read These Magical Books Before Your Next Disney Vacation!