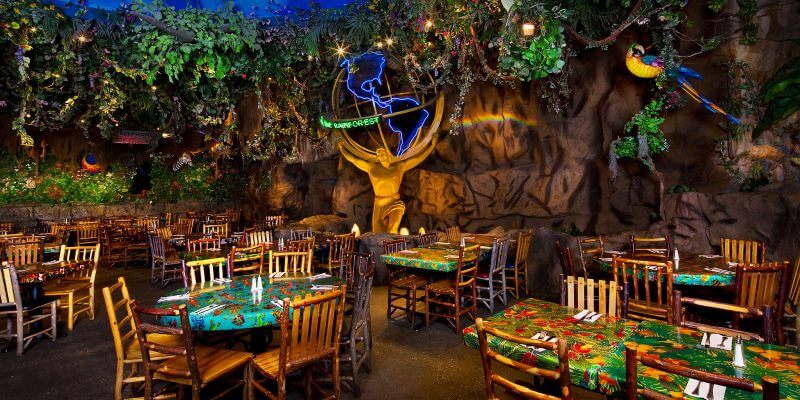 The big, exciting news coming out of Anaheim, California’s Disneyland Resort concerns the huge new 700-room, Four-Diamond hotel set to open in 2021, but what of the Downtown Disney District businesses its footprint will encompass?

Southern California newspaper The Orange County Register spoke with Disneyland representatives who confirmed that the resort oasis “will take up 17 acres on the west side of Downtown Disney, where ESPN Zone, an AMC theater, Earl of Sandwich, Starbucks and Rainforest Cafe now sit.” Those changes are reflected in the concept art released today by Disney.

The officials went on to comment that “they are beginning to inform the affected tenants of the resort’s plans and there’s a possibility some of them may operate inside of the hotel.” So while we may lose this business in the short-term during construction, we may very well get them back in a different form once the current wave of construction is complete four years from now. Earl of Sandwich and the affected Starbucks location are more recent additions but still, count among the more heavily-trafficked quick-stop eateries in the Downtown Disney District.

Will the new hotel be worth losing these favorite locations, even temporarily? It certainly looks grand and attractive, so it will probably be a thing of beauty upon completion, and hopefully, we’ll get at least one or two of these businesses back once it’s done. In the meantime, one thing is certain: there’s going to be a lot of noisy demolition and construction in Anaheim over the next few years.