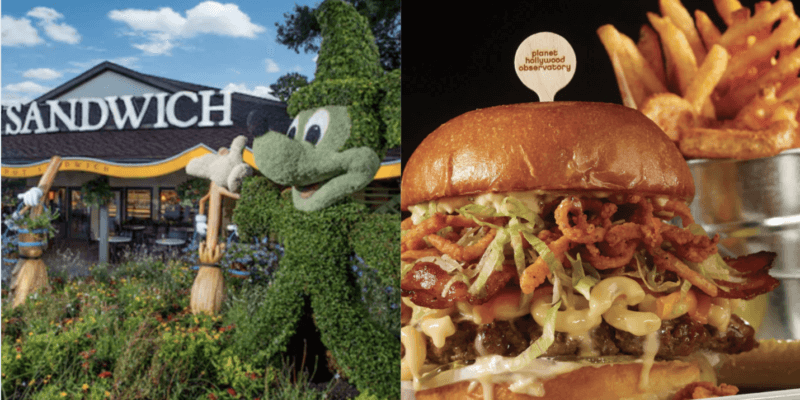 With Disney Springs officially beginning it’s phased reopening on May 20, more and more of the establishments in the Disney World shopping district have started making statements about their reopening plans and protocols. Earl of Sandwich will be one of the restaurants reopening.

In an email statement sent to Inside the Magic, it was announced that Earl of Sandwich at Disney Springs will be reopening on May 20 with operating hours from 11:30 a.m. to 9:30 p.m. The email also stated that the restaurant has implemented “many new safety and sanitation precautions to ensure the wellbeing of guests and staff as they reopen to the public.”

Earl of Sandwich Founder, Robert Earl, has spoken out about how his restaurant group is handling the pandemic now that many states, including Florida and California, have launched reopening plans.

Earl of Sandwich is a popular sandwich establishment that is known as the “Home of the World’s Greatest Hot Sandwich.” The restaurants, named after the 4th Earl of Sandwich, are known for their artisan bread.

In a recent interview with Modern Restaurant Management, Earl provided insight into how his company’s restaurants have been coping with new health and safety regulations so far and what they intend to do to keep Guests at their Disney Parks locations safe moving forward.

Earl stated, “We streamlined our menus and altered our regular offerings to make them more appealing for the current situation. We are now offering beer and wine TO GO (Pickup only) at some of the restaurants where legal and where we have seen a demand.”

It is likely that Disney Parks Earl of Sandwich and Planet Hollywood locations will continue to provide to-go and online ordering options as Disney Springs and Downtown Disney return to some semblance of normalcy following their temporary closure.

Earl went on to say, “We learn something new every day as this situation is changing all the time. We are learning more about what our guest’s needs are during this situation. We have found that our guests are looking for meals large enough to feed the whole family and/or have enough for leftovers. We have created family meal packages to make it easy and convenient for our guests to fulfill this request.”

This addition to Earl Enterprises’ restaurant menus is great news for Orlando and Anaheim locals who may be looking for easy weeknight options to feed their families.

Earl provided Disney Park shopping district diners with a hopeful message at the end of his Modern Restaurant Management interview, saying, “I think that the whole restaurant industry is going to come together to show that once this is all over, it is safe to start dining out again.”

He continued, “Whether we seat tables farther apart, make available more hand sanitizer stations and remain vigilant with our cleaning processes– we will demonstrate to our guests that it is ok to come back and dine with us.”

In addition to this reopening update from Earl Enterprises, the Patina Restaurant Group has provided Disney park goers with insight about their dining locations at both Disneyland Resort and Disney World.

Furthermore, in major news, the Walt Disney Company has announced that all Disney-owned Disney Springs properties will reopen next weekend. This includes the World of Disney store and Amorette’s Patisserie.

Are you looking forward to going back to Earl of Sandwich at both U.S. Disney theme parks and to the Planet Hollywood Observatory at Disney Springs? Tell us your thoughts about the Earl of Sandwich Disney Parks update in the comments!