Walt Disney World tests the Fastpass of the future, offering RFID enabled ride access and advance reservations - Inside the Magic

In recent days, Walt Disney World has quietly installed colorful posts in front of many major attractions around the Magic Kingdom as part of a test of new Fastpass technology. Similar to the theme park entry tests that took place at Epcot in November 2011, these new posts each feature a familiar three circle Mickey Mouse icon, a scanning area used to read RFID (radio-frequency identification) equipped Fastpass tickets.

Disney’s ultimate goal with the new system is twofold. The RFID-based system would replace the existing (and rather clunky) system of distributing paper Fastpass tickets to guests eager to bypass standby lines with a digital format that electronically stores all the necessary timing information, indicating when guests can enter a ride or show. But more importantly, this test is a first step in the previously-announced “NextGen” theme park experience that will include making ride reservations from outside the parks, often dubbed X-Pass or Fastpass+“>Fastpass+.

The test is currently limited to a select group of Magic Kingdom guests and there is no way to sign up. But reports indicate that those who are involved were chosen in advance of their trips to the park and were asked to choose ride times that would fit their schedule. Special RFID-equipped cards would then store that information, granting access to rides at the scheduled times.

UPDATE (5/2/12): Upon checking in at Walt Disney World, Twitter user @TOCPE82 discovered he has been included in the Fastpass test, given two hard plastic Fastpass cards and an hourly schedule of attractions to visit the following day, listing one-hour windows in which his party can access those attractions, essentially a pre-scheduled set of four Fastpasses. 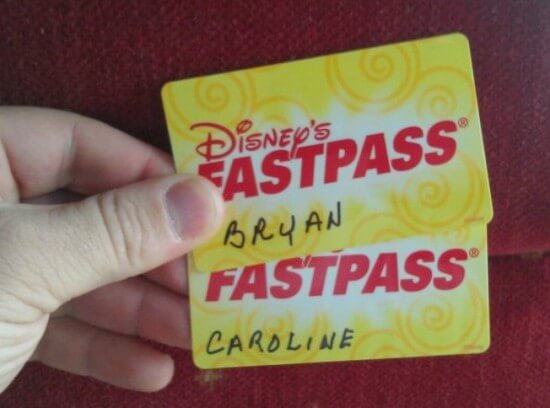 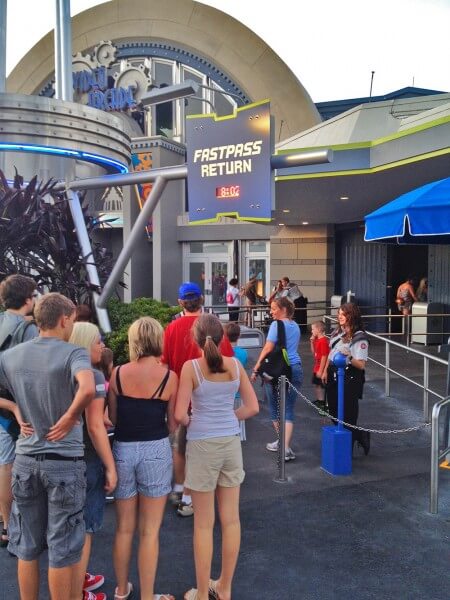 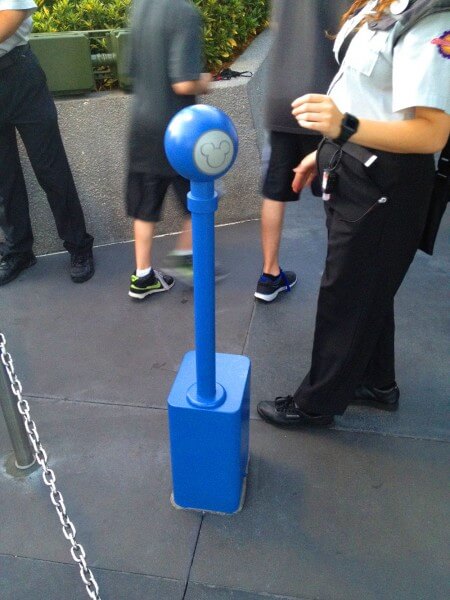 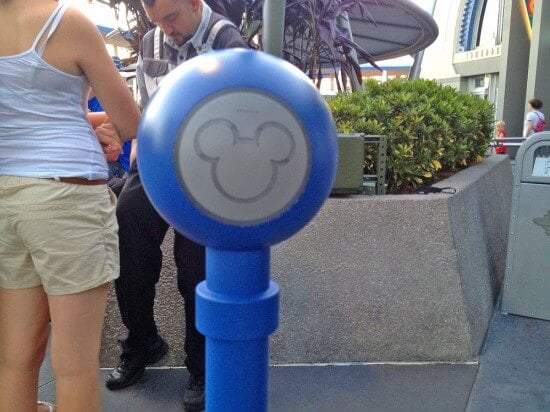 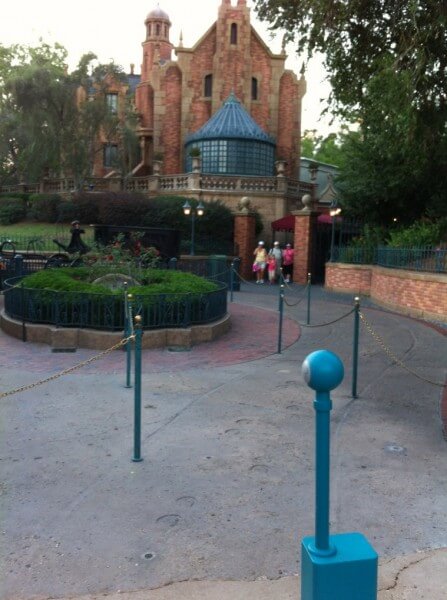 The Haunted Mansion is the standout attraction in the group, as it has not offered Fastpass tickets in several years, as it generally has a short wait time. But with the “NextGen” system currently in testing, guests may not have to wait at all, even a short time, by simply setting up a time to ride in advance, scanning their RFID-eqipped ticket against the new Mickey head scanner, and advancing directly into the ride.

During the test, Disney’s Cast Members have been staying on top of the new data using iPads, stationed at each of the technology-driven posts. The test is set continue in the park for around 2 weeks, after which the posts will disappear completely, just like the RFID scanners did after the Epcot turnstile test concluded. The attractions included in the test are not necessarily those that will feature the next generation of Fastpass when Disney eventually rolls it out officially. And the colorful posts are not themed to the areas they are in because they are only temporary. The final installation of this technology, whenever and wherever that may be, will be more elaborate.

It was just over a month ago that Walt Disney World announced they would begin enforcing the 1-hour ride time return window on traditional Fastpass tickets. As expected, that rule enforcement change was made to prepare the park for the shift to the new RFID-based system, at least during the ongoing test.

Disney has yet to comment officially and publicly about the “NextGen” Fastpass system, other than initially announcing they were working on it more than a year ago. An RFID-based system is also currently in development for the new version of Test Track at Epcot, which will allow guests to design vehicles in the queue, then bring that data onto the ride and into the post-show via RFID-equipped cards. But ultimately the sky’s the limit as to how much Disney plans to utilize this technology to further personalize the theme park experience.