As part of this morning’s “What’s New, What’s Next” presentation at Walt Disney World, Imagineers unveiled a closer look at the highly stylized, futuristic-yet-contemporary design coming to the updated version of Test Track, presented by Chevrolet at EPCOT. New artwork has drawn immediate comparisons to Disney’s “TRON” films, as the refreshed ride will place Guests inside the computer world of digital design.

On hand to discuss the updates to Test Track were Imagineer Melissa Jeselnick, Assistant Project Manager, and Imagineer Trevor Bryant, Show Producer, who shared details on why the attraction is being redesigned and what new elements are going to be present in its interactive queue and post-show areas as well as the main thrill ride portion.

The new experience of visiting Test Track will begin in an interactive queue filled with touch screens and displays that will allow Guests to design their own vehicles based on 4 properties: capability, efficiency, responsiveness, and power. These selections will be saved onto a card that Guests will be handed, carrying them onto the ride itself. Ultimately Guests will be scored on how well their design holds up to the test track inside. 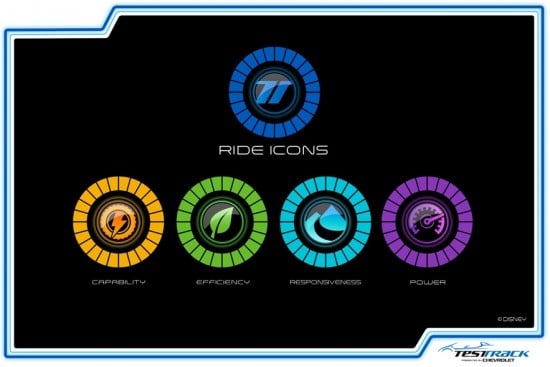 The selections made in the queue will not actually affect the ride itself beyond the scoring. That is, the classic Test Track ride experience will remain the same insomuch that the track is not changing, nor are its thrills. But all of the show scenes are being completely overhauled to represent the digital computer space in which Guests will ride. The ride will still feature a “warehouse” feel rather than individually-confined show scenes. 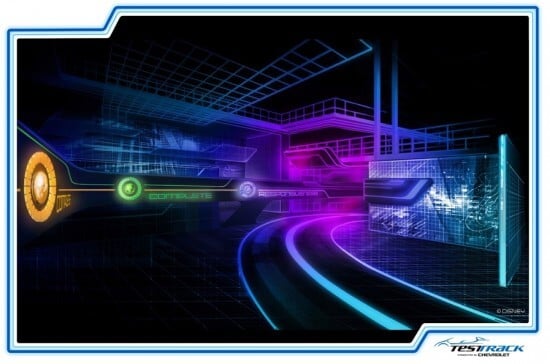 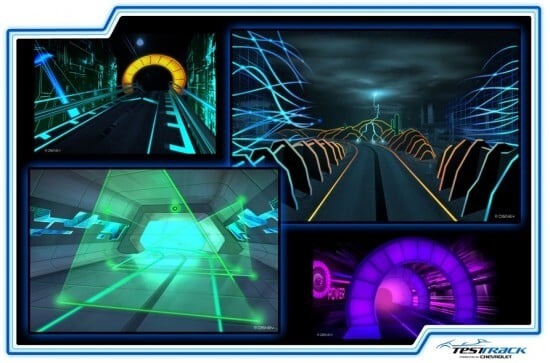 Though the attraction’s artwork has a striking similarity to the aesthetic of “TRON,” the ride is certainly not based on that property. Both share the notion of placing people in a digital computer realm.

In the post-show, Guests will further learn how their design held up to the testing process and even have an opportunity to take a photo with their digital car designs.

Imagineers also noted that more details and elements of the new Test Track have not yet been revealed, as they want to save some surprises for later.

Test Track, presented by Chevrolet, will be reopening in fall 2012, but no firm date has been set.

Related : OpEd: Disney Needs to Bring Back the Old Version of Test Track