A new vehicle was spotted tonight running around the high-speed loops of the popular high-speed Epcot ride Test Track. The blue Chevy-branded glossy car is said to be part of a whole new fleet of vehicles that could accompany a long-rumored upgrade to the attraction.

Here are a pair of photos snapped by Twitter user @shawnathon33 at the ride: 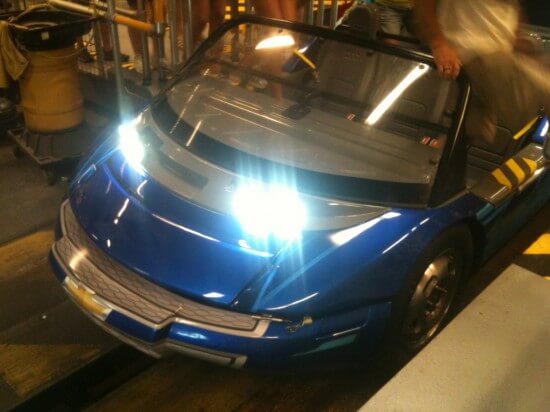 The ride is sponsored by GMC, with the Chevy logo obviously placed on the front. In fact, the new vehicle’s front bumper styling somewhat resembles the Chevy Volt (but clearly not the rest of the body): 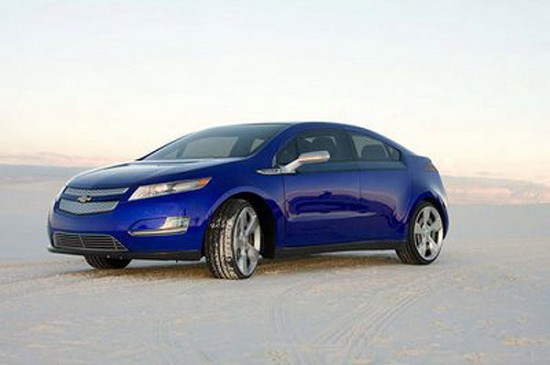 The new vehicle is said to be the first of several more on the way, ultimately replacing the look of the whole fleet of cars at Test Track. @shawnathan33 reports the new car is equipped with a better-looking onboard screen: The new vehicle has shown up around the same time as the debut of the similar cars for the Radiator Springs Racers ride being installed in the new Cars Land section of the Disney California Adventure theme park. That ride uses a similar ride system as Test Track. Disney recently showed off one of those vehicles at the 2011 D23 Expo: 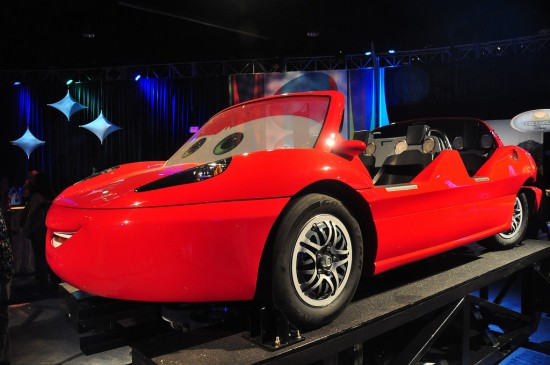 Related: Test Track at Epcot is Closing for Refurbishment Soon

But the “new” Test Track vehicle is not the same as those headed for Radiator Springs. Test Track’s new vehicles certainly won’t sport a Lightning McQueen face and the interior doesn’t match up either. The new Test Track car appears to be a cosmetic makeover, with a few enhancements. It doesn’t seem to be a totally new car, like those being installed at Cars Land will be.

But this new Test Track vehicle could still be part of a larger project to renovate the whole ride.

Test Track is Disney’s longest and fastest ride at Walt Disney World, open since 1999. Years of the attraction putting theme park guests through the rigors of car testing has taken its toll on the ride’s mechanics, with many features and effects often inactive.

A long-circulating rumor suggests Test Track will close for extensive upgrades beginning in January 2012. One rumor claims Test Track will get new show scenes, possibly changing its storyline completely surrounding the idea of new cars being manufactured, rather than test vehicles being abused. The shiny “new”-looking car pictured above would certainly support that story change, but Disney has not confirmed nor announced anything of the sort just yet.

What is clear is that this new vehicle is an upgrade over the previous ones and that passengers aboard this now-classic Epcot attraction may soon enjoy a fancier ride.