First Splash Mountain, Now Tomorrowland, What's Next? - Inside the Magic 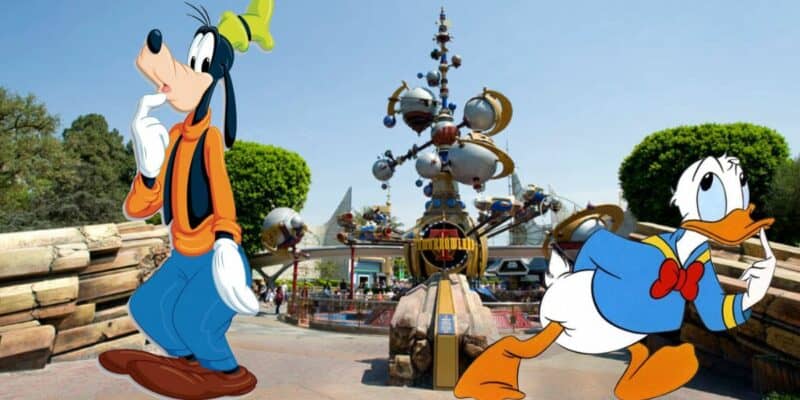 Even during Walt’s day, the Disney Parks were designed to be constantly improving. Right from the early concepts, they were to be in a constant state of evolution. However, modern fans have grown so used to iconic features such as splash Mountain, the railroad, and more that the message has been forgotten over the course of time. That being said, a few avid fans have been advocating for iconic features to receive modern overhauls.

In her post on TheDis, Erika Resnick details how Walt Disney World’s Tomorrowland at the Magic Kingdom desperately needs some modern touches. Addressing the inclusion of the new Tron coaster, she further goes on to elaborate on how the area’s retro theme has been slowly transforming into a more futuristic motif.

Although there are some that would argue that the steampunk-esque nature of Tomorrowland is part of its charm, it’s also aged about as well as the Carousel of Progress. Resnick isn’t the only Disney fan to share similar sentiments, as @AliciaStella shares in her recent tweet.

I don’t want to chime in, but I need to say something that seems obvious to me.

The upcoming Splash Mountain re-theme to Tiana’s Bayou Adventure has been dividing the fanbase further and further since it was announced, but Stella does raise an excellent point. While the animatronics and characters will change, it will still be the same log flume layout. While many, like the blurred out user in the post, are quick to gripe and criticize the update, many referring to it as part of the “woke” agenda. However, Splash Mountain has been themed around Br’er Rabbit for decades, and the attraction has definitely shown its age. Moving on isn’t such a bad idea, and moving forward is a practice Walt himself advocated.

One thing that should also be distinctly understood is that there is a difference between re-themed and refurbished. Replacing Br’er Rabbit with Tiana or replacing Aerosmith with the Avengers isn’t the same thing as adding updated animatronics to the Haunted Mansion. Contrary to previous statements, there are some Disney attractions that are considered timeless.

Rides like Big Thunder Mountain Railroad, Space Mountain, and the previously mentioned Haunted Mansion might be scheduled for a fresh coat of paint, but to say they need an outright re-theme might be considered heresy. Haunted houses, wild west towns, and a journey through the solar system will remain, but bands and controversial characters can oftentimes fall out of favor. In the process of moving forward, not everything sticks. However, that only leaves the Parks with room to grow.

What rides do you think are timeless? What needs an update? Tell us in the comments below!