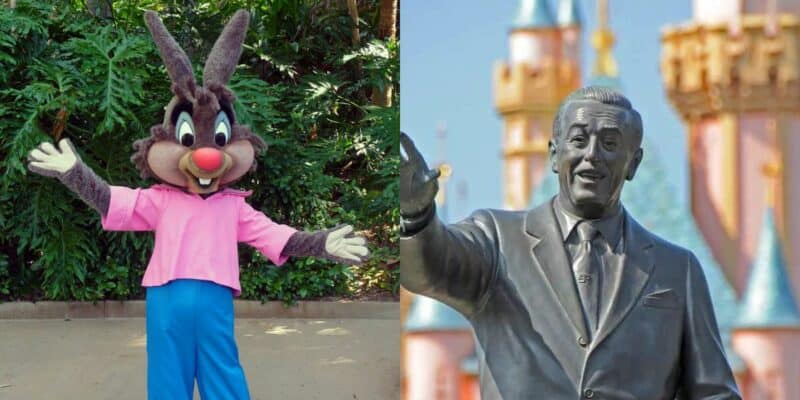 In almost ten days, Splash Mountain will have its final days of operation before its closure to make room for Tiana’s Bayou Adventure. There are definitely heavy supporters in both camps concerning the ride’s status, but it won’t stop the inevitable. Change is happening, but that doesn’t mean that there won’t always be fans of Br’er Rabbit and his friends from the Briar Patch, including the man behind the mouse.

Walt Disney isn’t in the wrong when he states that Br’er Rabbit is a prominent fixture of American folklore, and the characters are still enjoyed even without the notorious Song of the South in the picture. In fact, the argument can be made that Br’er Rabbit and company have found a much more well-received career as fixtures at the Disney Parks than in the film or Joel Chandler Harris’ short stories. However, @ShowcaseWishes poses a very divisive question in their comments. Would Walt Disney approve of the changes coming to the attraction?

On one hand, the adaptation was a Walt Disney original production, and he might logically want to see his creation updated and improved. However, Walt was also a prominent believer in his phrase of “keep moving forward.”

Considering the attraction has had a lengthy career, he might actually be in the camp of those in favor of the Princess and the Frog update. The reality of the matter is that there’s no true way of knowing how he would feel one way or the other, which makes @ShowcaseWishes’ statement a little insulting to some Disney supporters.

Would a true Walt Disney fan want to see an old attraction go without improvements? Would a true Walt Disney Fan try and stifle new artists and creators? More than likely not. It might just be a hot-button topic for fans to quibble amongst themselves, but things can easily get out of hand when Walt himself is thrown into the mix.

Do you think Walt would approve of the decision to remove characters he loved? Tell us in the comments below!