VIDEO: Disney Lied About Splash Mountain - Inside the Magic 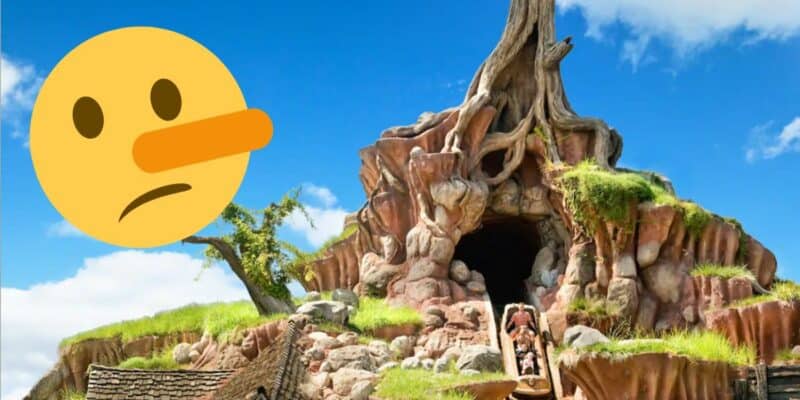 In light of its upcoming closure date, Splash Mountain has been a popular discussion topic for Disney fans, but that only further proves the attraction’s impact on the Parks. Although the ride has since become a Park icon with its lovable animal characters, catchy soundtrack, and titular splashing drop, it wasn’t exactly the reputation Disney was hoping to cultivate at first.

When most Disney fans hear the words “Splash Mountain,” images of Br’er Rabbit, laughing places, log flumes, and steamboats, not intimidating mountain peaks, gnarled trees, and screaming Guests. However, that’s precisely what Disney was advertising in 1992 when the Walt Disney World version of the attraction first opened at the Magic Kingdom. At the time, it contributed to the ride’s popularity, but it pitches a very different message given what fans know today.

The original 1992 promo for Splash Mountain from WaltDisneyWorld

Fans on Reddit are already calling this ’90s throwback out for its semi-misleading premise. Nowhere at any point does the ride advertised in this promo even remotely resemble the actual Splash Mountain attraction. Although the original opened at Disneyland opened in 1989, fans in Florida might not have been expecting the campy and colorful experience they received.

u/UncleWaltSentMe was clearly misled as they stated,

“When I first saw this, I thought for sure we were getting something more intense, not a Song of the South Tribute…”

While it might sound a bit sharp, the user isn’t wrong, as the ad shares no mention of any of the animated characters featured in the attraction. Additionally, they aren’t the only ones who share the same thought process.

“Funny how there’s not a single interior shot. I get the drop is the main event but you don’t need to show it from 30 angles lol”

“And IMO the final drop alone isn’t that impressive. The series of drops as you twist through the scenes are what makes the ride.”

Normally, Disney goes all out in setting up their ride promos, especially for thrill rides. However, the amount of misdirection in this ad seems a bit underhanded. That being said, it definitely got Guests on board, and likely extremely soaking wet in the process. Whether it’s intentionally misleading or not, it was still a brilliant bit of marketing on Disney’s part. Although it might be hard to repeat that same phenomenon once Tiana and her friends roll into town.

Do you remember watching this promo? Tell us in the comments below!