Universal Orlando Allegedly “Toned Down” Doomed Ride - Inside the Magic 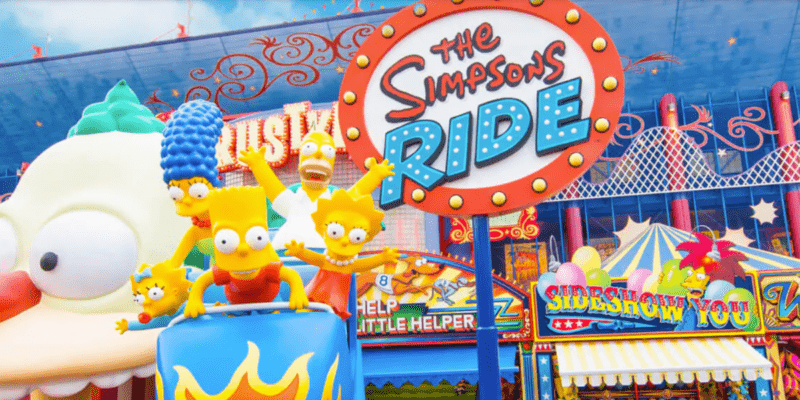 While that fact might make your head spin, The Simpsons Ride is a simulated virtual reality coaster that’ll make your head spin even more! Though the future of the ride is unknown, given The Simpsons’ new owner, fans still have the chance to soar through Springfield with Homer, Marge, Bart, Lisa, and Maggie. But beware of motion sickness!

Unfortunately, some Guests report that The Simpsons Ride may have been toned down ahead of its eventual closure. Reddit user u/cloudy_seven wrote:

Did Simpsons get toned down? I rode the Simpsons for the first time in like 10 years and the motion felt way less present this time. Dare I say I barely felt like the effects were happening. Did they tone it down due to motion sickness complaints or something, or is it because I was younger, or are the vehicles due a refurb?

While Universal Orlando Resort hasn’t officially announced any updates to The Simpsons Ride, many fans reported similar negative experiences. “The animation is so outdated and if the projectors were any dimmer you’d literally be sitting in total darkness,” u/ryanchapelle added.

Still, others claimed the ride is as intense as ever. “Dunno. I puked the whole time on it,” said u/KarateandPopTarts.

“Was there this past weekend, 9am we were heading to MIB, right near the arcade games towards the exit were two Team Members standing over a puddle of vomit to prevent people walking through it,” u/driveabrowntruck wrote. “So I’d say no.”

All-new Simpsons animation was created for the ride, and also the preshow and queue areas.

The ride animation is shown on a gigantic 80-foot diameter domed surface.

Have you noticed a change on The Simpsons Ride?