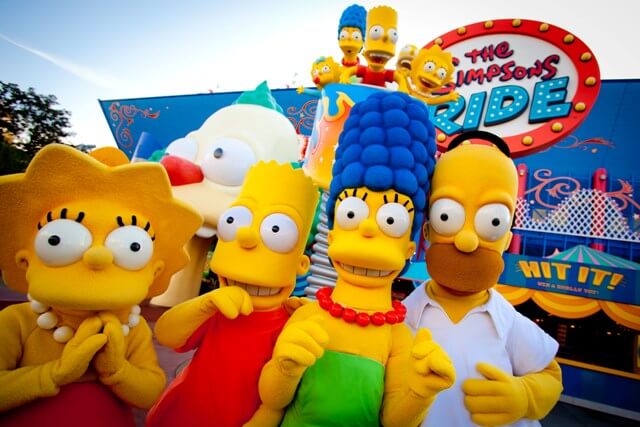 While Universal Orlando Resort is one of the most popular destinations in Florida, a recent post discussed if an area of the Park was added “too late.”

With highly themed areas, thrilling and fun attractions for the whole family, dining and entertainment offerings, and so much more, it’s no wonder Universal Orlando Resort welcomes thousands of Guests every day. From The Wizarding World of Harry Potter to Marvel Super Hero Island, Guests can enjoy many fun adventures during their trips to the Orlando theme park.

Related: Universal Orlando Pushes Back Massive Refurbishment Amid Revenge of the Mummy Closure

However, there is one themed area that recently made fans wonder if the IP was added to Universal Orlando Resort much too late.

Redditor u/MovieFanZ5026 shared the following post, questioning if the Park had added this IP to its roster too late:

Did we acquire/put in the Simpsons area too late?

I was asking my brother about this last week: The Simpsons has been on for 30+ seasons. Do you think we acquired the Simpsons too late? When the ride opened in 2008, it was already on its 20th season. Season 34 is about to premiere in late September. I know some people still enjoy it but there are some that say that it’s run its course and it’s time to end it. And now we don’t even own it anymore

So my big question is: do you think we put in Simpsons too late and it’s run instead of capitalizing on it when it was bigger? The consensus is that seasons three through 10 is when the Simpsons had their golden age and then after that it started to see a decline

The post quickly gathered responses from all points of view. User u/OneWorldMouse, for example, commented that they had not seen an episode in the 2000s, adding that the show “was a 90’s thing” to them.

However, the predominant opinion was that, while the show has been running since 1989, The Simpsons is a highly popular IP among Guests who enjoy the experiences and merchandise the Park offers.

Harry Potter came in 2010 when the last film released in 2011. Diagon Alley and other parks getting Hogsmeade was long after the last films and books. Did they put it in too late?

It’s a timeless property that is still entrenched in popular culture. It works.

The bigger problem is retrofitting the ride into an aging 18 year old building/attraction that is now over 30 years old and very much showing its age.

User u/prissypants8541 added to this saying:

agree, every complaint surrounding that ride has only ever to do with the system, not the characters or show— because of how beloved they are

Redditor u/checkonechecktwo also shared the idea that The Simpsons are not a dated IP at the Park, commenting:

No. The Simpsons merch sells like crazy, from what I’ve heard. And it’s had 14 seasons since the land opened, like you said. If you don’t like the area because of the style or the rides, or because it replaced something you like, that’s fine, but the timing makes sense. For a cartoon to be big enough to have an entire theme park land, it needs to be classic and hugely popular/memorable with lots of characters and locations people know.

While it is true that the land could use some refurbishment, it would appear that Springfield, U.S.A. remains a fan-favorite area to many Universal Orlando Resort Guests.

More on The Simpsons at Universal Studios Florida

The Simpsons ride opened at Universal Studios Florida on May 15, 2008, almost ten years before Disney acquired the copyrights and distribution rights to the majority of 21st Century Fox’s assets in 2017. Springfield, U.S.A.: Home of The Simpsons is home to the iconic Kwik-E-Mart, several restaurants and shops inspired by the citizens of Springfield, and Kang & Kodos’ Twirl ‘n’ Hurl. But perhaps the highlight of the land is The Simpsons Ride.

The attraction is described by the Park’s website as follows:

Universal Studios Hollywood also has an area themed to this beloved franchise, located in the Park’s Upper Lot.

Do you think Universal Studios added The Simpsons to the Park too late? Let us know in the comments below!