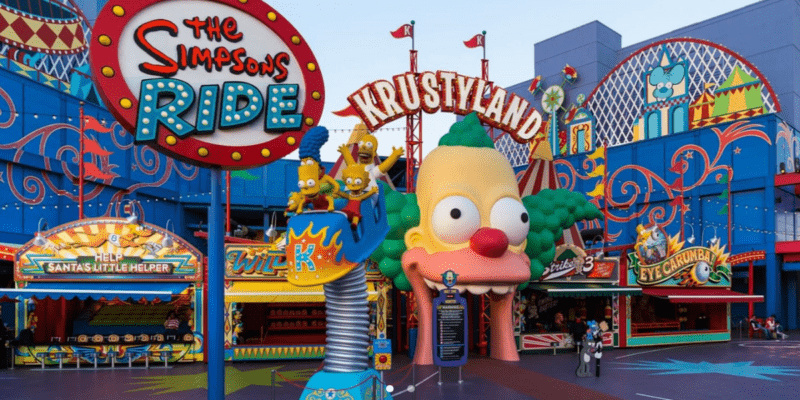 After over a month of closure for a lengthy refurbishment, The Simpsons Ride at Universal Studios Hollywood reopened its doors on March 30, allowing Guests to crash through Springfield along with Homer, Marge, Bart, Lisa, and Maggie once again.

The ride closed on February 15 for a refurbishment that included an extensive paint job and maintenance to the attraction and its vehicles.

Jose, Baileigh, Amber (@eat.sleep.parkhop) shared a video on TikTok where Guests could see the scaffolding and grass walls now gone, as well as crowds forming again in the Springfield area of the Park.

Simpson is back up and running again! Let’s go!!! #simpsonsride #universalstudioshollywood #themeparks #disneyland

Simpson is back up and running again! Let’s go!!! 🔥 #simpsonsride #universalstudioshollywood #themeparks #disneyland

Crash Through Krustyland
Grab a seat with The Simpsons™ on a virtual reality roller coaster ride. As the journey begins, someone is sabotaging Krustyland, Krusty the Clown’s low-budget theme park, and you’ll smash and blast through the park with Homer, Marge, Bart, Lisa, and Maggie in an over-the-top non-stop adventure. Don’t worry. We’ll try to get you back in one piece.

The action feels so real on this indoor simulation you’re sure to let out a “woo hoo” or two. And keep an eye out for cameos from countless Simpsons characters as you soar across Springfield and beyond. 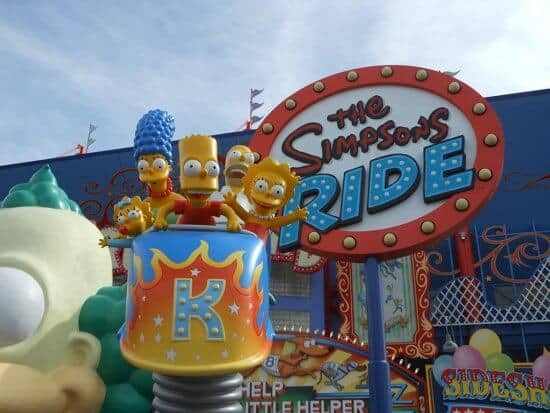 The attraction reopened just in time for April Fools’, giving Guests a chance to ride along with Springfield’s greatest prankster before swinging by the Kwik-E-Mart to say hi to him. But be careful, Bart likes to play pranks on Guests, so unless you’re faster than him, you’ll understand why Homer’s always yelling “Why you little!” after being tricked by the boy.

Do you like visiting Springfield on your visits to Universal Studios Hollywood? Or do you prefer visiting other lands? Let us know in the comments below!

If you want to visit Universal Orlando Resort, you can today! Click here to get your vacation started! You can go to Universal Studios Florida, Islands of Adventure, then eat some dinner and grab a drink at CityWalk. Want to take a splash? Volcano Bay is ready for you. With so many fun events like Mardi Gras, Halloween Horror Nights, and more, Universal will give you an action-packed adventure like you are in the movies.

At the moment, Revenge of the Mummy is also under a massive refurbishment at Universal Studios Florida. That being said, Guests can still enjoy attractions such as Rip Ride Rockit, MEN IN BLACK Alien Attack, Transformers: The Ride, and more. Visit Diagon Alley in the Wizarding World of Harry Potter, where you can venture into Gringotts! Islands of Adventure has some fantastic attractions like the new Jurassic World VelociCoaster, Jurassic Park River Adventure, The Incredible Hulk Coaster, Doctor Doom’s Fearfall, The Amazing Adventures of Spider-Man, and more! Volcano Bay is also open for those who want to get their splash on, and at the moment, Epic Universe is under construction with a potential 2025 opening date.