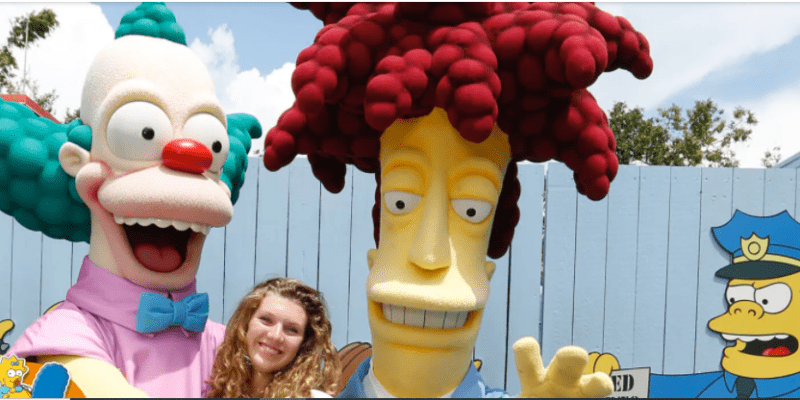 When visiting any theme Park in the world, you will encounter fun rides, exciting food, and of course, character performers and mascots.

These characters can really make you feel like you’re in another world, especially at places such as Star Wars: Galaxy’s Edge in Disney’s Hollywood Studios or The Wizarding World of Harry Potter in Universal Studios.

And Speaking of Universal, one former employee discussed their experience of working as a Park mascot.

In a recent post on Reddit, a former Universal employee discussed some rather strange things that happened to them while working as a character performer. The post was set up as an “ask me anything” where users could ask all sorts of questions regarding life as a Universal employee.

I’m sure everyone has wondered at one point or another the “logistics” of walking around a theme park in a giant cartoon head or elaborate costume, especially in Orlando, Florida weather.

One user asked if there were any cool behind-the-scenes secrets for employees. The original poster said there is a special employee-only Starbucks backstage at the Park in Universal Orlando which is very cool. Another asked if it was hot to which the former employee answered with a resounding yes, saying they are not air-conditioned and do not have fans.

In another story, the former worker talks about a child who knew there was a person behind the mask, saying “I know there’s a person in there”, after which the child hit the worker. Fortunately, the former employee says it didn’t hurt.

In a more bizarre story, one user asks if the former employee ever made a child cry to which they responded no, but claimed that at one point they were spanked by a grown man several times while dressed as Bart Simpson. They said that the man said, “Bart you’re a bad boy” while spanking him and everyone’s jaws around them dropped.

This is, of course, against all Universal and theme park policies in general, as Guests are never supposed to touch or hit mascots as it could put their safety as well as the employee’s safety at risk.

Do you have a weird character performer story? Let us know in the comments below.