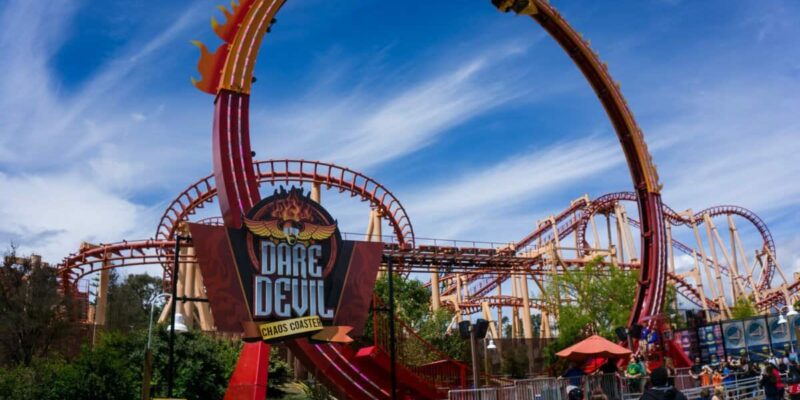 A lawsuit is moving forward against a major theme park.

Melvin Patterson is a “profoundly deaf” man living in Patterson, California, who is suing Six Flags for refusing to accommodate him while visiting the Park.

According to the original complaint, which was filed in December of 2021, when Patterson called to make accommodations for the family’s visit to Six Flags Discovery Kingdom in Vallejo, he was told that no ASL interpreter was going to be provided. Patterson was told he would need his own interpreter.

The company also stated that they “would not issue any refunds or cancel his membership despite the refusal to accommodate him.” This goes against Six Flags’ own policy, which states that deaf visitors can acquire an American Sign Language (ASL) interpreter if they call and request such a service at least one week prior to their visit.

Patterson, along with his deaf wife, Rhona Rodriguez, and their two children all have “Gold Plus” memberships to Six Flags. Six Flags attempted to get the lawsuit thrown out, but a federal judge rejected the bid.

Patterson sued the theme park company, saying he had been “intentionally discriminated against” and that Six FLags had “acted with deliberate indifference to his federally-protected rights.”

Six Flags asked the U.S. District to dismiss the lawsuit, claiming that Patterson had not made “a good faith attempt to make a timely future request for accommodation.” According to a new report, the judge disagreed and threw the motion out.

“As a result of defendants’ failure to provide ASL interpreters to plaintiff, he received services that were objectively substandard and that were inferior to those provided to customers who are hearing,” Patterson says in his complaint.