Which Disney Series Need One More Season? - Inside the Magic 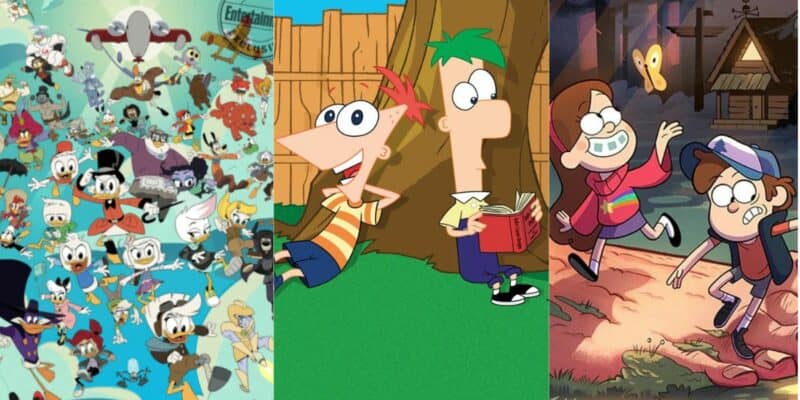 It was recently announced that Phineas and Ferb would be jumping back into action with two confirmed seasons. While fans of Disney’s animated duo are no doubt surprised and delighted that the show is making a triumphant return. However, while Phineas and Ferb might be gearing up for another set of wild adventures and wacky inventions, there are still other Disney mainstays who have been waiting in the wings for a long while.

There might be more than 104 days of summer vacation in Phineas and Ferb’s future, but there are undoubtedly a number of other Disney favorites that have been waiting for their return a lot longer. Some are even still in development hell while this animated pair gets their upcoming seasons ordered. If there’s hope for two inventive boys and their pet platypus who moonlights as a secret agent, who’s to say that there isn’t still an audience for other familiar animated friends?

Related: Disney Might Be Rebooting ‘Pirates of the Caribbean’ With Younger Cast

One of the most hinted returns is the Disney cult-favorite, Gravity Falls, as fans have speculated that the show’s creator, Alex Hirsch, has been hinting at a return to the Mystery Shack for ages. Of course, while this has been up in the air for a long while, there is still evidence that something might be in the works.

As cryptic with his posts on the subject as he is with the show’s mysteries, there might be some hope for a return to Gravity Falls in the near future. Considering how vocal the fanbase for the show is, both Hirsch and Disney would be out of their minds to not at least attempt. Only time will tell.

For a more classic example, Disney’s fans have been craving a Gargoyles for years, and even Keith David (voice of Goliath) has shared an interest in the project. In an age where more and more older viewers are building Disney’s fanbase, a return to the studio’s most adult animated series wouldn’t be out of the question. The series was essentially Disney’s answer to Batman, and with the DC Universe being torn to shreds, it might be time to remind viewers what other bat-winged creatures own the night. With a recent comic book series follow-up, how long is it before Goliath, Brooklyn, Bronx, and all the rest break free from their stone shells and live again?

Another possibility might be the return of a recent reboot. DuckTales was a perfect example of a Disney remake done right, but it only ran for three seasons after being officially cancelled in 2021. However, due to their recent additions in EPCOT, there might still be some love for the Quack Pack’s adventures. It feels highly suspicious that they would suddenly get a scavenger hunt around the World Showcase out of nowhere. It could actually be a teaser for future plans concerning Scrooge McDuck and company.

Phineas and Ferb is one of Disney’s most popular animated series in recent years, and fans will definitely be happy to see the two boys return to their screens. However, viewers might also be hankering for more of Disney’s fan-favorite shows to follow. Perhaps if the two new seasons are well received, it might prompt the studio to bring other beloved hits back as well.

Do you think this could be the start of a massive comeback? Tell us in the comments below!