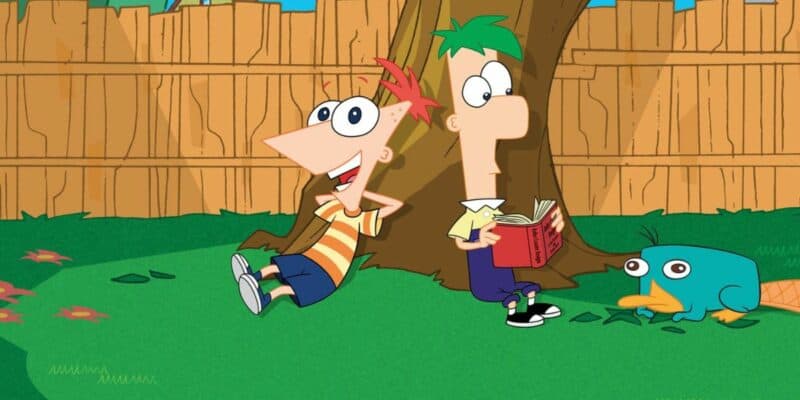 Related: Phineas and Ferb Gets Busted!

According to Variety, Davis announced this news during the Television Critics Association winter press tour, where he discussed working with Dan to bring the show back to life:

“Dan is renowned for his ability to create universally beloved stories and characters with both heart and humor. We couldn’t be happier to continue our collaboration with him and bring back the iconic ‘Phineas and Ferb’ in a big way.”

Related: Did Marvel Steal Its ‘Avengers’ Battle Scene From ‘Phineas And Ferb?’

Though these shows originally aired on Disney Channel and Disney XD, it is unknown where the new series will be aired. However, we do know that there will be 40 new episodes split across two seasons.

If you’re unfamiliar with the show, here is a synopsis, per Disney:

Phineas and Ferb, an animated comedy series, follows the adventures of Phineas Flynn and his English stepbrother, Ferb Fletcher, on their summer vacation. Each day, the boys and their friends take on some ambitious new project, sometimes to help someone in need, but often just to create something fun. This annoys the boys’ sister, Candace, who constantly attempts to get them in trouble by revealing their actions to Mom. Meanwhile, across town, the wannabe-evil scientist Dr. Doofenshmirtz continually attempts to take over the Tri-State area with his various inator devices, and Perry the Platypus, the boys’ pet and a secret agent, consistently foils his plans on behalf of the O.W.C.A and his commanding officer, Major Mongram. At the end of each episode, the two plots intersect to erase all traces of the boys’ project just before Candace can successfully show it to Mom.

Dan Povenmire also stated that he is excited about creating more episodes of this show:

“It has been the greatest pleasure of my career to see how an entire generation of kids and parents have embraced the characters and the humor of ‘Phineas and Ferb.’ I’m eagerly looking forward to diving back into the show for them and for a whole new generation.”

Are you excited to see more episodes of Phineas and Ferb?