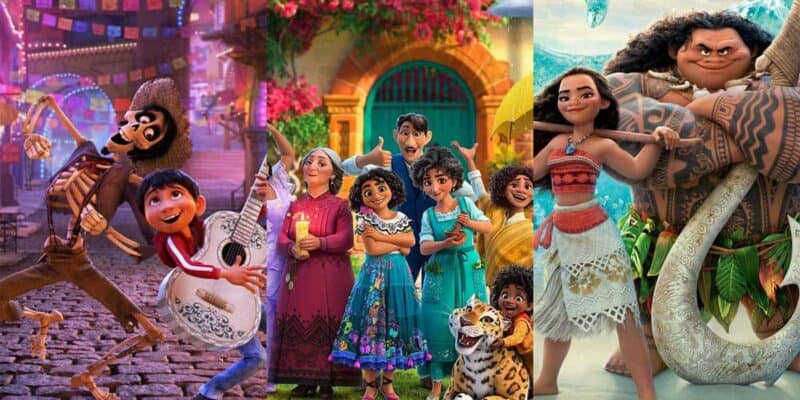 However, some of their proportions are ridiculous and physically impossible!

Why does Disney do that? Wouldn’t it be easier to just make them look like actual people instead of the way we see them on the screen?

It may have something to do with good character design.

Character design is the process of fully developing a character. The look alone must convey a story. The personality, behavior, and everything comes out just by visually looking at the character.

Characters are typically divided into three categories when it comes to design- round, triangular, or box-shaped. No character is completely original, and that’s okay.

Triangular-based characters are serious, edgy, and possibly dangerous. Some examples of these would be Maleficent (Sleeping Beauty), Dr. Heinz Doofenshmirtz (Phineas and Ferb), and Anton Ego (Ratatouille).

Sometimes when Disney characters with similar shapes are together, animators will give them different colors to stand out. They will also try to give them an identifying accessory or a unique silhouette.

Stepping away from the mold gives so much more depth and relatability. Great examples of this are characters like Pacha and Kuzco (The Emperor’s New Groove), and Joe Gardner (Soul). They don’t fit the mold, yet they are some of the most memorable characters.

Who is your favorite character, and do they have a unique shape? Let us know in the comments.

Comments Off on Disney Characters And Their Physically Impossible Proportions