Disney Cost Fans a Gravity Falls Attraction - Inside the Magic 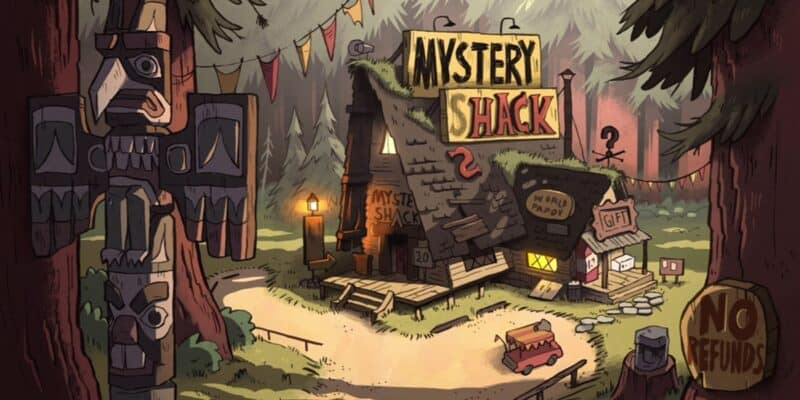 Disney is in the midst of an excruciating transition period accompanied by tons of changes coming to both the studio and the theme parks. While many different elements could be blamed for Disney’s dwindling magic, one factor that seems to have a consensus is that fans simply aren’t being heard. One CalArts student recently posted her thoughts on the matter, and how Disney’s deaf ears are hurting both the fans and the company.

#greenscreen when i was still attending CalArts i met several imagineers and tried to convince them that this project would help drive profits for older media. I still think they should add it (and use my expertise to make it perfect). #gravityfalls #disney #disneyland #fandom

@thefandomteacher hits the nail right on the head when she says Disney fans are ultimately the consumers of their products, and the way they keep trying to push the “new and shiny” aspects in both their movies and the Parks. Another thing that should grab fans’ attention is the way she addresses the removal of classic attractions from the Parks, such as the highly divisive Splash Mountain, in favor of new and updated additions. Although Disney has always encouraged the motif of “keep moving forward” their pursuits have blinded them to what their audience is really asking for. Case in point, the unmade Gravity Falls attraction.

To say that Gravity Falls has a large cult-following would be a tremendous understatement. Even though the show from animator Alex Hirsch has been completed for years now, fans are still obsessed and rewatching the episodes. Incorporating the adventures of Dipper and Mabel would have been a smash hit for the Parks, and Disney has practically been sitting on a goldmine of fans and eager consumers. However, they rejected a brilliant opportunity when Imagineer Brandon Kleyla pitched a Mystery Shack attraction for Disneyland.

The unmade attraction is just one example of Disney being too focused at what’s new, what’s now, and what’s with the current culture. By trying to too much in the way of progress, cherished attractions and popular media can get left behind. Audiences don’t necessarily need a Lion King remake, but they’ve been more than a bit vocal for things like Gravity Falls.

Related: How Guests Could Get Thrown Out of Disney

The point is that Disney has been ignoring fans true interests in favor of modernization. While it’s always important that the Parks and the company keep pushing the envelope, they shouldn’t forget that their fans are what keep them both in business. Fortunately, it looks as though Disney is slowly starting to learn from its mistakes. As of now, three familiar fan-favorite experiences are set to return in 2023. Perhaps the fans will finally be heard again.

How do you think Disney can better communicate with fans? Tell us in the comments below!