‘Monsters, Inc.’ Gets Horror "Reboot" - Inside the Magic 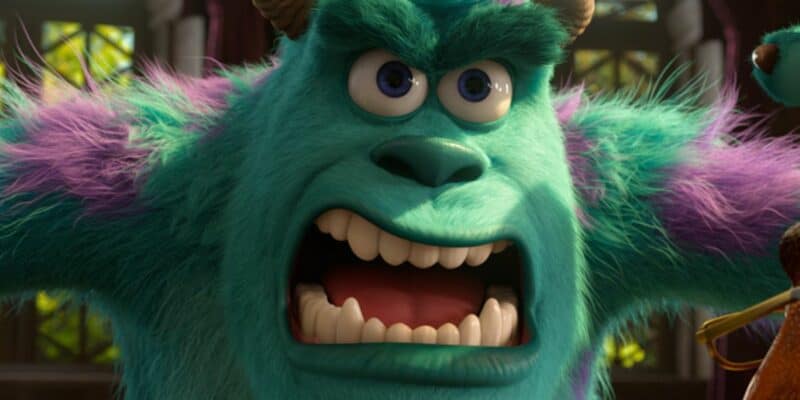 When it comes to R-rated reboots, it seems that family-friendly properties just aren’t being left alone. The latest to get a grisly makeover is the beloved Disney/Pixar movie Monsters, Inc. (2001), which, to be fair, probably already has all the right ingredients.

Recently, the Facebook page “Gamology — Gamers On Board” — which is described as “a platform for gamers who like to see gaming clips and pictures” — shared a short clip of a Monsters, Inc. video game with a twist, beneath the caption, “You’ll Never Watch Monsters Inc The Same Again”.

Check out the full video titled “The Other Side of Monsters, Inc.” below, which was originally shared on YouTube by DESIGNBYFEO:

The game is, of course, fan-made, and has been created using Unreal Engine 5. The impressive footage shows a player in first-person perspective being terrorized by monsters Sulley and Mike Wazowski in what appears to be Boo’s home.

Boo herself also makes an appearance, as does Randal Boggs in a last-minute scare, who’s a lot more menacing than he is in the films! The footage is reminiscent of found-footage horror movies, and it leaves us feeling intrigued as to what a full version would look like.

After all, Monsters, Inc. wields a ton of gaming potential, with elements that could be easily exploited in a project like this. Not only is there the idea of real monsters terrifying children to harness their screams, there’s also the inter-dimensional “closet door” travelling system.

With that said, there are some IPs that should remain untouched, especially when it comes to R-rated makeovers, something Winnie the Pooh and The Grinch recently fell victim to in the form of cheap horror flicks Pooh: Blood and Honey (2022) and The Mean One (2022).

Thankfully, though, this video game is entirely fan-made (although it does look pretty incredible). And it’s fair to say that the monsters in this game aren’t out to scare because they care…

As per Disney+, here’s the official synopsis for Monsters, Inc.:

Lovable Sulley (John Goodman) and his wisecracking sidekick Mike Wazowski (Billy Crystal) are the top scare team at MONSTERS, INC., the scream-processing factory in Monstropolis. When a little girl named Boo wanders into their world, it’s the monsters who are scared silly, and it’s up to Sulley and Mike to keep her out of sight and get her back home.

It is now streaming on Disney+.

What do you think of this new game footage? Let us know in the comments down below!

Comments Off on ‘Monsters, Inc.’ Gets Horror “Reboot”