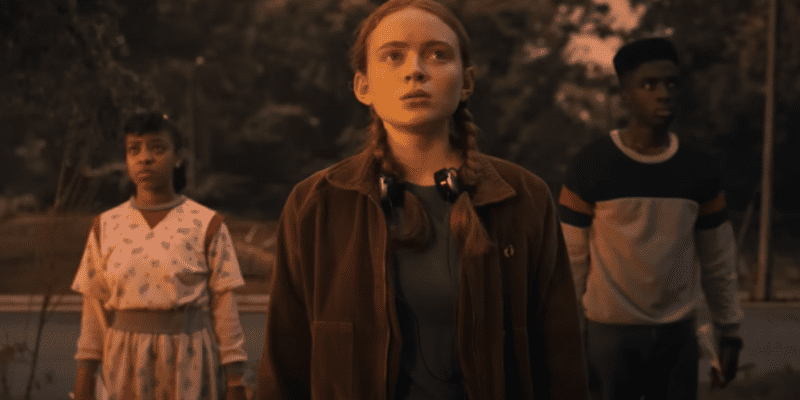 Marvel has a lot of super heroes with different backgrounds, and they have advocated for good representation and forfeited money to allow certain groups to be represented, but a new rumor places Marvel doing the exact opposite for the Jewish community.

Related: ‘Stranger Things’ Star Confirms What We All Suspected About Season 5

Already, fans aren’t happy with how Oscar Isaac’s Moon Knight is Jewish, but Marvel couldn’t cast a Jewish actor to play the role. Marvel is looking to whitewash the role if the rumors are true. Regarding sexuality, Marvel has no problem getting their movie banned in a dozen countries for allowing LGBTQ+ characters in the script, which is good for diversity, but it does fall flat for fans who see the company ignoring the representation already established in the comics.

According to Tales of the Mods, from the Marvel Spoilers Reddit, MCU fans should expect Stranger Things star Sadie Sink to potentially star as Songbird, who will first appear in Thunderbolts (2024). Songbird in the comics is a very powerful super hero who uses her modified vocal cords to create sonic energy. She can use her voice to create wings so she can fly, blast people with sonic waves, and create objects out of soundwaves to walk on or throw at enemies, and she has superhuman strength.

Related: Everything Marvel Made in 2022, Ranked

This rumor comes from “trusted sources,” and it’s not officially confirmed, but the Mods have a history of getting information correct. With The Thunderbolts releasing in almost 1.5 years, it’s obvious that the casting for the movie is nearly complete, as the movie will need to start filming in just a few months. Sink is most likely starring as Songbird anyways. One way that Marvel Studios might try to get out of saying the character is Jewish is because the super hero rarely expressed her beliefs and ethnicity.

Songbird would celebrate Hannukah and the co-creator of Songbird, Kurt Busiek, confirmed that he always meant the super hero to be Jewish. It’s rather alarming that Marvel will try to include more representation in other ways but constantly fail to include authentic representation of the Jewish community.

Related: Who Could Really Return For Marvel’s ‘Secret Wars’

Not all MCU fans care about this matter, as many people love Sink for her role in Stranger Things or her other projects, but that doesn’t excuse the fact that some fans don’t get to see themselves in the MCU properly. White-washing a character is never a good thing, and Marvel will probably stay silent on this fact if they cast Sadie Sink as Songbird.

Fans can only hope that Marvel Studios will rethink their decision and cast Sink as another MCU super hero and choose a more authentic actress to star as Songbird.

The Thunderbolts releases in theaters on July 26, 2024.

Do you think Marvel will white-wash Songbird? Let us know what you think!