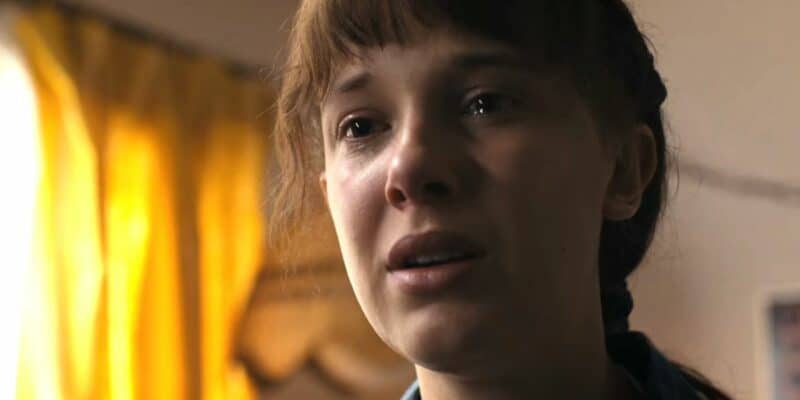 Millie Bobby Brown is not doing well after admitting to some shocking details.

While the actress might be most well-known for her role as Eleven in Netflix’s Stranger Things, she starred in Enola Holmes (2020), and the movie was a huge success. This led Brown to return with Henry Cavill for a sequel, Enola Holmes 2 (2022), which was released earlier this year.

Now that the movie has been out, Netflix shared an interview with Brown discussing a few scenes from the movie. Whether they realized it or not, the video actually sparked some controversy after highlighting some concerning details about Brown’s actions to her peers.

In the TikTok video, Brown talks about having an intimate moment with her scene partner, Louis Partridge, without consent and calling the moment “so cute” due to his shock. The scene stayed in, and one TikTok video from an Intimacy Coordinator bashes Brown’s reasoning for kissing her co-star.

She elaborates that Brown should never have surprised her co-star and that she should’ve built trust through communication. Surprising Partridge with an intimate kiss might not be the end of the world for some people, but Brown is the more well-known star and can easily take advantage of Partridge due to her status.

Later on, in the interview posted by Netflix, Brown describes that she was supposed to do some fake punches with Partridge to help teach him how to fight, but she decided it was better to hit him as much as possible:

“I wasn’t doing stunts, I really was hurting him, and by the end of it, he said ‘Millie, can you just fake punch me?’ I was fully just getting him right in the stomach.”

This is not great for Brown either because she had no consent to punch Partridge and hurt the actor, and even though he asked for her to do stunts, she refused. This is not a good look for the actress and is actually quite concerning. While some fans are outraged by Brown’s actions, she probably won’t face any repercussions for her decisions.

What are your thoughts on Brown’s actions with Partridge in Enola Holmes 2? Let us know what you think!