Lost Pooh Animation Surfaces on Twitter - Inside the Magic 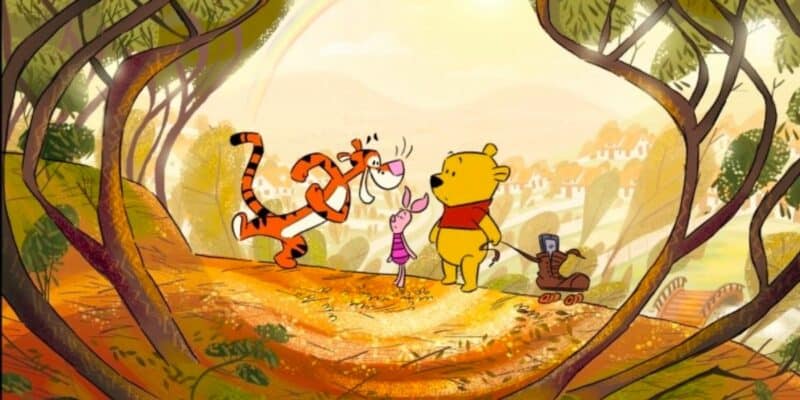 When it comes to Disney characters, there are few quite as recognizable or as beloved as that willy-nilly, silly, old bear, Winnie the Pooh. Next to characters like Mickey Mouse, he’s perhaps one of the most famous entities on Disney’s roster. Be that as it may, Pooh and his friends have been somewhat dormant since they were last seen in Christopher Robin in 2018. However, that might not have always been the endgame.

Pooh and all his pals from the Hundred Acre Wood have lent themselves over to a variety of different incarnations, from the original short features by Walt Disney to the bunraku-styled puppetry versions seen in The Book of Pooh. With that in mind, the characters have surprisingly been absent from our screens for a long while.

Even with the new additions being added to Disney+ every month, Pooh, Piglet, Tigger, and all the rest have remained surprisingly absent. However, a recent test animation from an unmade Pooh project has dropped on social media.

The pilot for the scrapped Winnie the Pooh series from Cartoon Saloon has been found.

It is titled "The World According to Winnie the Pooh."pic.twitter.com/KBlAOdrMPY

Titled “The World According to Winnie the Pooh,” this unmade project was to have been produced by Cartoon Saloon, the same studio behind the highly successful films, The Secret of Kells and Wolfwalkers. Although Pooh, Piglet, and Tigger look similar to their Disney counterparts, they have much different personalities, perhaps taking more inspiration from their British origins. Either way, it’s still more than a little surreal to see the trio interacting with a smart phone. As of writing, it’s unknown just what the series might have been about apart from a slightly more modern environment, but it’s still interesting to see Pooh and his pals in a different style.

Perhaps the idea of a too-modern Pooh was what kept this project at ground level, or maybe it was the absence of the familiar voices. Whatever the reason, it seems like this variation of the famous character has become a piece of lost media. With so many characters getting reboots and reimaginings, Pooh and company might go the way of the DuckTales crew and come back bigger and better than ever. The foundation is certainly there.

Would you have seen this more modern Winnie the Pooh? Tell us in the comments below!