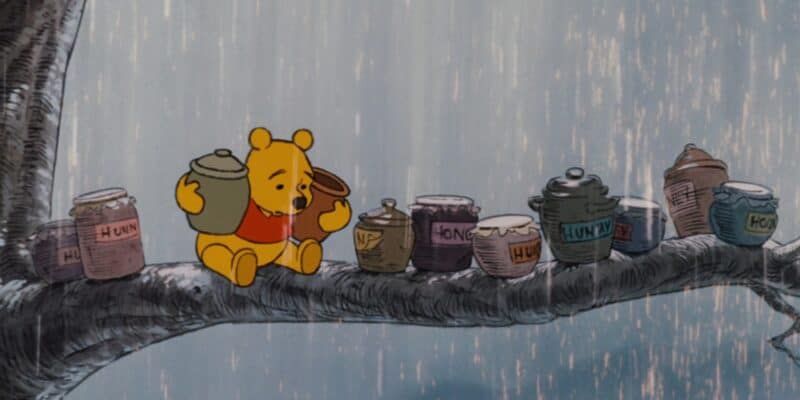 While most fans and viewers are quite familiar with the willy-nilly, silly, old bear created by A.A. Milne, the tales of Winnie the Pooh and all his friends from the Hundred Acre Wood might actually be an allegory for something far less friendly.

A.A. Milne, author of the Winnie the Pooh books and father of Christopher Robin, was not only a gifted essayist, author, and poet, but a veteran of World War I and a captain of the Old Home Guard during World War II. His experiences in the trenches of the Somme left the writer with a severe case of PTSD, which undoubtedly shaped his voice and abilities as a creator. While his Pooh stories were mainly written for his young son, the characters might have connections with the young men who served, fought, and died during the first Great War.

Related: The ‘Winnie the Pooh’ Thanksgiving Special You Won’t Find On Disney+

TikTok user @emlynpearce made the observation that the soldiers Milne met during his time serving are mirrored in the personalities of Pooh, Piglet, Eeyore, and more. While this is only one literary interpretation out of perhaps hundreds circling the many adventures of Winnie the Pooh, the video does have some strong threads.

Escapism is a powerful thing, as any reader, gamer, or film buff will know. While it’s not known whether or not Milne wrote these characters as an allegory for friendships during his wartime experiences, the evidence is certainly there. It can safely be said that Milne’s creations brought comfort and delight to more than just the young children of the ’20s and ’30s. Disney might have made Pooh and his friends household names, but their roots in the literary world still remain, and their personalities on the page still resonate vibrantly on the screen.

The Hundred Acre Wood is as far from the trenches of WWI as someone can possibly get, but that doesn’t mean it wasn’t a safe retreat for those remembering the tragedies they saw. Pooh has certainly come a long way since his first publication, but that doesn’t mean he has lost even an ounce of his heartfelt nature. Fans can thank A.A. Milne for his service in both World Wars and one of the world’s most beloved fictional characters.

Do you think Winnie the Pooh is actually about war? Tell us in the comments below!