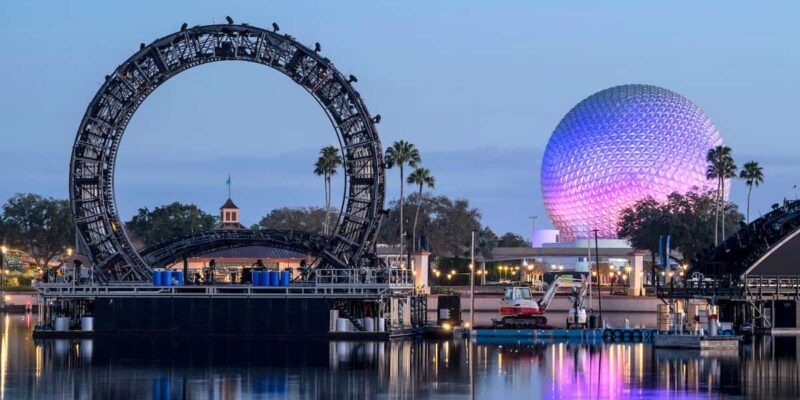 Time to say your final goodbyes.

From actual plays like Beauty and the Beast at Disney’s Hollywood Studios to firework shows at the Magic Kingdom. Guests looking for some magical Disney entertainment are certainly in luck when visiting the Walt Disney World Resort.

At EPCOT, this is also true, with Harmonious taking over the World Showcase Lagoon recently. However, this show was not built to last. Just a few short months ago, we learned that Disney was planning on replacing this show. We didn’t know when it would be going away, but Disney has now revealed the official last day of this infamous nighttime show,

An all-new nighttime spectacular is planned to debut at EPCOT later this year,” states Disney in its latest blog post. “Before the new show launches, we will bring back “EPCOT Forever” as an interim show over the skies of World Showcase Lagoon starting April 3.

Similar to how it appeared in 2021, “EPCOT Forever” is the perfect offering while our Entertainment team preps the Lagoon, including a phased removal of fireworks platforms following the final “Harmonious” performance on April 2. A limited-time spectacle of lasers, lighting, special effects, and fireworks, “EPCOT Forever” returns with a collection of songs that offer both a trip down memory lane and a look toward the future.

So there you have it. Harmonious will officially end at EPCOT on April 2, meaning Guests only have a few months left to enjoy this special show, though your enjoyment may vary.

Since the very beginning, fans have been critical of the new show, with fans calling Harmonious an “eyesore” and “grotesque.”

Harmonious soft-opened to Guests on September 29, 2021, and debuted officially on October 1, 2021, for Disney World’s 50th anniversary and EPCOT’s birthday.

Are you excited to see a new show take over Harmonious at EPCOT?