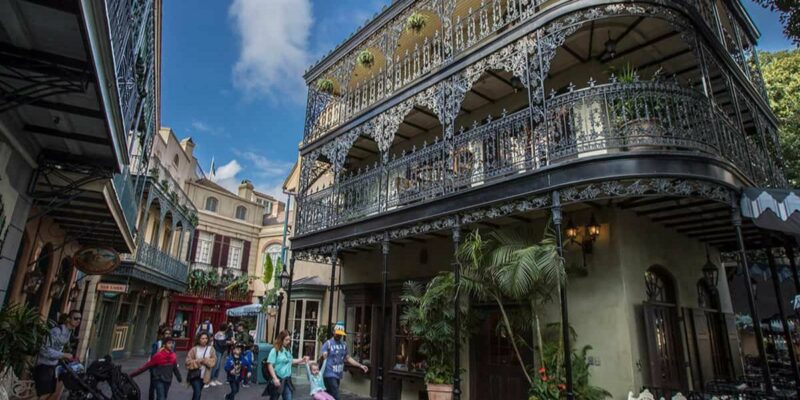 One of Disneyland’s unique features is its New Orleans-themed area of the Park, called New Orleans Square. Within this area, Guests can experience themed attractions such as Pirates of the Caribbean or Haunted Mansion, dine at New Orleans-inspired locations like Cafe Orleans or Blue Bayou Restaurant, and take in the sights and sounds of this land that is based on the lively city of New Orleans.

However, one Guest was disappointed that the dishes found at New Orleans Square were not authentic.

This Reddit post from a deleted user expressed confusion as to why there was a lack of authenticity in the Creole dishes at Disneyland when there was a land dedicated to this culture and traditions:

Why is it that Disney has an entire section of the park dedicated to the city of New Orleans, yet they can’t even make the most basic attempt at ensuring the authenticity of the Creole dishes served in the park?

Why is it that Disney has an entire section of the park dedicated to the city of New Orleans, yet they can’t even make the most basic attempt at ensuring the authenticity of the Creole dishes served in the park? from Disneyland

Commenters did not generally take the original poster’s side on this issue. Several of the commenters wondered what the poster expected in the first place, especially since most agreed that theme parks are not typically known for good-quality or authentic food.

One commenter, PaulClarkLoadletter, provided a potential explanation as to why Disney’s food quality may not be as authentic as Guests would like:

Disney restaurants runs like a typical high volume restaurant. Food is precooked where possible with common providers so they can consolidate deliveries. Unfortunately this means jambalaya is served like this. They do some of their cuisine adequately but dishes that require care and attention to detail are simply not going to be up to snuff.

It sounds like you’ve been fortunate to have good food most of your life which means Disney park food is going to disappoint. I don’t go to Disneyland or Disney World for the food.

I like the Disneyland churros. They may not be authentic but I’ve never had authentic. What I have had are the disgusting things that Disney World calls a churro. Hard pass on those.

Another Reddit user, snarkprovider, replied to this thread as well, discussing more about the decline in the Disney Parks’ food quality and portion sizes over the years:

Years ago, Disney was ahead of other theme parks with food variety and quality. In the past 10 years or so, Disney has cut portion sizes and switched to cheaper ingredients while other parks have stepped it up and passed them.

It used to be better. The food has gradually been going downhill since a little after the 50th, and it took a drastic nosedive when the park reopened after Covid. That plus the number of attractions breaking down where the two reasons I didn’t renew my AP.

In general, commenters on this post discussed the overall food quality at the Disney Parks, saying how it emulates carnival-style food and that because of the cheaper and pre-cooked food, there is no room for enhanced authenticity.

Some commenters raised other alternatives to more authentic Creole dishes at the Disneyland Resort, such as Ralph Brennan’s Jazz Kitchen in Downtown Disney. Others discussed specific foods found at the Parks that could use more help, such as pizza and sushi.

What do you think about the authenticity of the food at the Disney Parks?