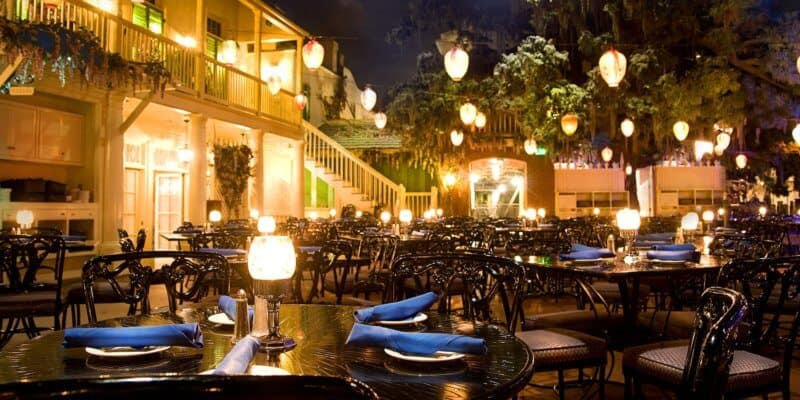 If you’re at Disneyland and you’re looking for a place to have a nice meal and take a break after walking around the Park all day, Blue Bayou Restaurant might be the spot for you!

Located in New Orleans Square, Blue Bayou is a Louisiana-inspired restaurant located inside the Pirates of the Caribbean attraction. It has a peaceful ambiance, imitating a beautiful Southern evening. Disney further describes Blue Bayou’s atmosphere:

However, as wonderful as the ambiance at Blue Bayou is, some Guests’ experience was less than ideal.

User jaymay recently took to Reddit to discuss an upsetting occurrence at the restaurant:

My friend and I managed to snag lunch at Blue Bayou for today and I’ve been super excited for this since I’ve never eaten in there. We planned to go in, get dessert and a drink in place of a full meal since I’ve heard mixed reviews about the food. When we got in our waiter made a comment at first about us just ordering dessert then made us feel really uncomfortable for wanting a glass of wine to go with it, saying they normally only do that for entrees and don’t like people to order just dessert. He said it would be fine this time but for future reference we should know. But it made us feel so unwelcome and uncomfortable that we ended up leaving without getting anything.

Is this normal for this restaurant to only want you to order drinks with entrees and frowning on just getting dessert? I wouldn’t have booked here if I realized that but didn’t see anything when I was booking.

Related: Guests Escorted Out of Disneyland Restaurant During Evacuation

People in the comments had a variety of perspectives, from Guests to servers to everyone in between. Some had related to the poster, saying that they were also judged for getting some light menu items, desserts, and drinks, like user Dom__Mom:

I still hate this expectation – even when I went a while back with my sister, we just shared a sandwich and dessert, both got a mint julep too, because we wouldn’t have been able to eat entire meals ourselves. We got mild attitude about it then too and I thought about how hard that would be for a family who scraped by to get to the parks. It’s too bad

Other commenters didn’t understand why, if this is in fact a rule, it wouldn’t be posted anywhere, per user flower-moon’s experience:

User CommunityLocal, a former server, had also chimed in about how the service should be, regardless of the type of restaurant:

This is ridiculous. I was a server for many years and it would’ve been so rude to comment on what a customer ordered. It doesn’t matter if a reservation is hard to come by, or that the restaurant is in Disneyland. Plus, the person ordering a drink/dessert is likely to spend less time at their table than someone ordering a full meal. It isn’t like they won’t get another table as soon as that one leaves.

Other commenters were frustrated at this unwritten policy, but some say it’s due to a legal issue with alcohol, as in some places, you can get fined or have your liquor license revoked if you don’t serve food with alcohol. Others just suspected it was because the server knew he would not make as many tips with people who just ordered drinks and a dessert, rather than a full meal.

Other Guests felt frustrated with the poster and those who just order dessert and drinks, as they feel as if the reservation is wasted, since Blue Bayou reservations tend to fill up quickly.

Regardless of what and how much the poster would have eaten, the general sentiment from the comments was that the restaurant hosts or waiter should have been more transparent about this policy but not have been rude about it. Several agreed that the poster should have reported him as well. Commenters also discussed that Guests typically like to go to Blue Bayou for the ambiance, not necessarily the food. And in this case, unfortunately, the poster did not get to experience much of either.

Have you ever been to Blue Bayou? What was your experience like?